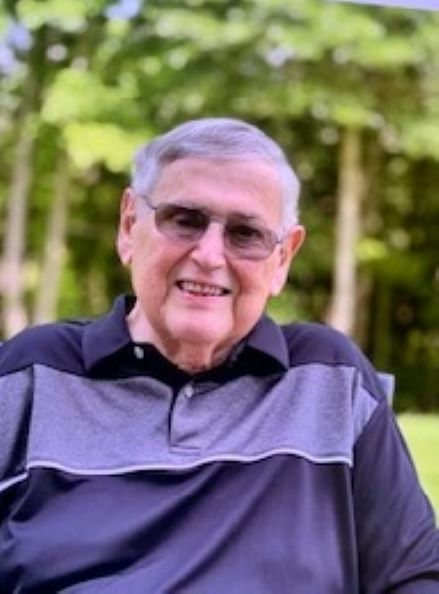 Larry Nathan Agee, 75, of Glen Allen, VA, went home to his heavenly father on September 1, 2022, after battling with his heart disease for 33 years.  Larry often joked that his pacemaker (his bionic heart as he called it) and his medications kept him alive for as long as they did to allow him to do the things he was meant to do on this earth. Ironically, it is his heart that he will be most remembered for.

Larry was born on January 10, 1947, in Roanoke, Virginia, to the late William and Katherine Agee and grew up as the oldest of 4 boys.  From his tales, it was clear their home was filled with noise, love, and more than a few pranks among the brothers. After high school, Larry served his country in the Air Force from 1966-1970 as a SSgt Cryptographic Repair Technician.

On February 13, 1971, Larry married the love of his life, Deborah “Debbie” (Jenkins), and they recently celebrated 51 years of marriage.  They were blessed with two children: Michele and Greg.

Larry worked in the telecommunications field for decades in various roles and companies. Over the years he became known simply as “Uncle Larry” due to his years mentoring and befriending those in the industry.

Larry was a man of service, first to his country and later to his community and church. He was a member of the Virginia Jaycees where he became a life member after years participating as a member and president of Cave Spring Jaycees and a Board Member and Jaycee State Chairman for Camp Virginia Jaycees (camp for special needs citizens jointly run by Virginia Jaycees and ARC of Virginia. Larry was also active in the Boy Scouts helping to form several different troops where he led as Scout Master and performed other roles. Later, Larry volunteered as an umpire for Atlee Little League and volunteered for Blue Star Football. His volunteerism for these groups extended beyond the years his children participated in the activities.  In recent years, he helped form a Trail Life Troop and volunteered at the East End Pregnancy Center where he started a Baby Bottle campaign to raise over $12,000 for the center.  Larry was also a long time member and supporter of his church, Cool Spring Baptist, where he served in various roles to support church activities and classes.

When Larry wasn’t volunteering his time to others, he spent time with his family and friends enjoying life and finding things to do for them. He loved spending time at Myrtle Beach and tinkering with his model trains. Larry loved his children and helped them whenever he could, but his grandson was the apple of his eye. The two were often seen with heads bent over telling jokes and laughing.

He was preceded in death by his parents; brother Roy Wayne Agee and sister-in-law Hydee Finch-Agee; and son-in-law Ted Voss.

Visitation will be held Saturday, September 10, 2022, at 10 AM followed by a Celebration of Life Service at 11 AM at Cool Spring Baptist Church: 9283 Atlee Station Road, Mechanicsville, VA 23116.  Memorials may be made to East End Pregnancy Center, PO Box 8017, Richmond, VA 23223 or online at www.richmondisforlife.com. Click donate and select “special fund”.