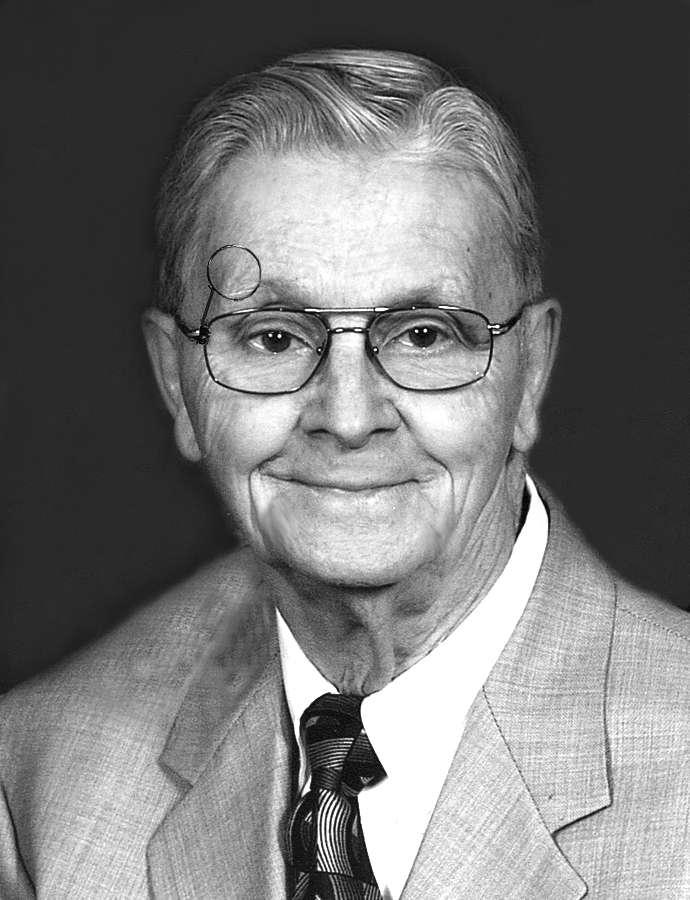 He is remembered for his unique sense of humor and gift for story-telling, his untiring energy to start yet another project, and his joy in sharing his knowledge about all things mechanical. On his 18th birthday, January 1944, Tuck joined the US Navy, serving as an electrician aboard the LST 74, during WWII, in the European-African Theater.

Upon completing his military service, December 1946, he married Nelda, his high school sweetheart, and they moved to Fredericksburg, where he received his apprenticeship as watch and clock maker from his uncle, Vern Walsh. Tuck came to Ashland in the early 1950s to manage the watch shop for D.B. Cox & Co. (now the Ironhorse) and to raise his growing family. In 1959, he started Tompkins Jewelers, where he served as President, and worked as an exceptional watch and clock maker, until his retirement, in 1988.

Tuck loved being retired, for it gave him time to travel with his “bride”, pursue hobbies, and to be with his children and grandchildren. In the early 1960s, he was a member of the Ashland Volunteer Fire Department, serving as its President, and the Ashland Junior Chamber of Commerce. Tuck was an active member of The First Baptist Church of Ashland, and of the Horological Association of Virginia, receiving its Life Time Achievement Award in 2006. He was not only an expert watch and clockmaker, learning and teaching his trade, well into his 90s, he also made furniture, rebuilt tractors and loved running his sawmill. In his lifetime, he owned three one-man sawmills. After cutting the lumber needed to build his first home, he sold that first mill to Chuck McKinney, then bought that mill back from Chuck 23 years later, reassembled it, and enjoyed operating it another 30 years. That saw mill is now in the care of his grandson, Clay.

Tuck had a rich and long life surrounded by his family who loved him, who could count on his help, with any project, great or small, and a great number of friends, from all walks of life, with whom he shared many amazing adventures.

A “Celebration” of his life will be announced in the coming month. To receive a notification of the date, sign in at https://www.facebook.com/TompkinsJewelers. In lieu of flowers, you may send a donation in his memory to The USS LST Memorial Foundation https://lstmemorial.org/donate