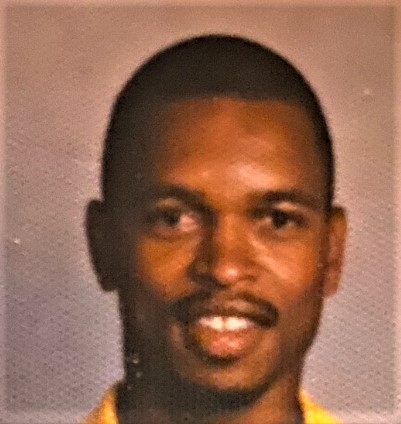 After a painful illness, Linwood Jones went home to be with the Lord on January 25, 2022, peaceful in his sleep.

Linwood was born May 27, 1963, to the late Ida Mae Jones and Pete Hampton in Carterville, VA. At a young age Linwood attended New Hope Baptist Church in Cartersville, VA where he was baptized.  After moving from Cartersville, he lived in Richmond, VA where he currently lived until his passing.

In the late 70s, early 80s, Linwood’s love for sports started to grow. He loved track, baseball, and basketball.  The game of baseball was his heart. He loved to watch his favorite team the New York Yankees and also played as an adult in Richmond with the “Stretch Baseball Team”.  Family and friends would come to Hotchkiss Field to watch them practice or Lucks Field to watch them play. Linwood and his brothers loved drag racing and watching NASCAR Racing on TV. His favorite drivers were Dale Earnhardt and Dale Earnhardt Jr. When it came to football, he was a diehard Washington Redskins fan.

After leaving school Linwood got his first job at Blanton & Pleasants local grocery store.  While working there he also worked with Penny Baber catching chickens and when he had some time to spare, he would help others do what they needed him to do.  He was truly a hard worker.

After he moved to Richmond, VA he met Cynthia Bryant while they were working at Holly Farms Chicken Restaurant.  They married in 1986 and from that union Marcus Jones was born in 1988.  Being such a kind and loving man, Linwood adopted Cynthia’s older son Lovey August 31, 1990, giving him the last name of Jones after the passing of Lovey’s father.

Linwood seems to love the chicken business. After he left the restaurant, he went to work for Tyson’s chicken where he met many of his lifelong friends.  Linwood also loved labor work and worked with Matthew McCauley doing housing renovations until his illness stopped him from working.

Linwood’s other pastime was providing rides to events and spending time with his grandchildren.  He was known to them as “Pappa Linwood”.