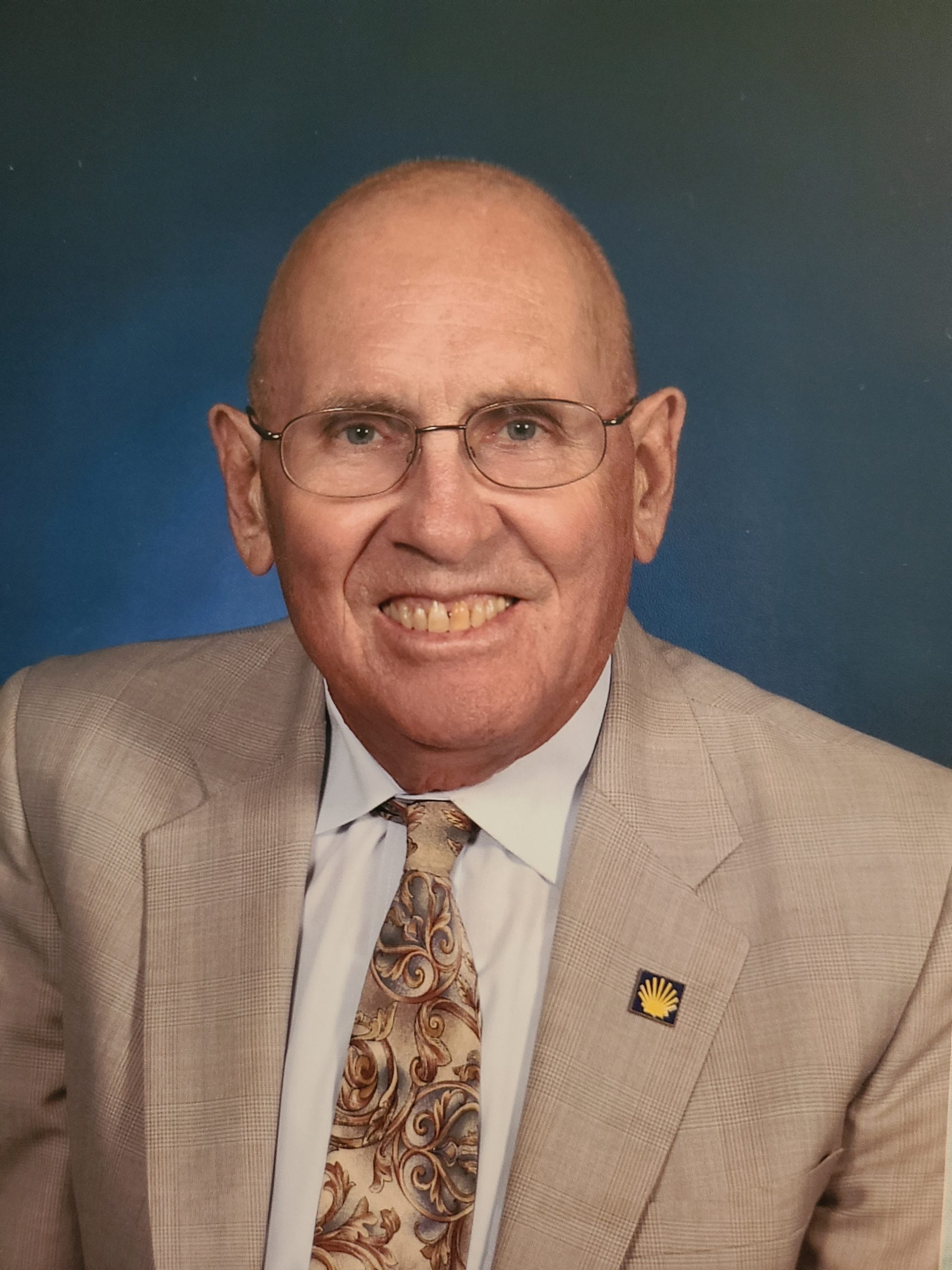 Vye, Lloyd John, aka Bud Vye, 87 of Richmond, went to Heaven on May 15, 2021.  Preceded in death, by his wife of 61 years Dorothy R. Vye in October; his father Lloyd Lowe Vye; mother Edna Geneva Fenske; step-father Charles U. Shellenberger; 3 step-brothers Don, Jack and Rolfe Shellenberger. He will be sorely missed by his sister Diana Clarke Dawson of Athens, GA; daughter Laura Wright of Mechanicsville, VA (grandsons Daniel and Evan Wright);  son Andrew Vye of Atlanta, GA (daughter-in-law Dr. Carla Haack Vye); Sister-in-law Shirley Miller of Huntington Beach, CA, as well as by nieces, nephews, cousins and friends all over the US.

Bud was born in Mobridge, S.D. during the Great Depression to a school teacher and a nurse. The family moved to California at the beginning of WWII, where his father died tragically in an industrial accident. His mother re-married a widower who had 3 sons and they became a blended family of 7 in Haverford, PA where Bud graduated from Haverford HS excelling in Basketball.

Bud attended Springfield College majoring in Physical Education and having a good career in basketball.  He was the team’s high scorer, Captain and made All-New England team in 1954. Then came 3 years in the Army with Artillery OCS & Airborne School, gaining rank of First Lieutenant. After completing his Master’s Degree in Recreation Management at NYU he married Dorothy Miller and moved to Philadelphia.

He worked for the Phila Recreation Dept for 14 years, first as Director of a City run summer camp for underprivileged children, then as Recreation Programs Supervisor.  In 1970 he was appointed by the City as the facilities manager of Veterans Stadium which at that time was home to the Phillies and Eagles. During his time with the Recreation Dept. he co-founded the National Junior Tennis League youth instruction program in addition to directing operations of the annual Phila Indoor Tennis Tournament. Always a sports enthusiast, during this time Bud played tennis, volleyball, softball and especially loved white water paddling.

He left the Rec Dept at the end of 1973 to work for the retail chain BASCO as VP of operations in Cherry Hill, NJ. After 8 years, BASCO was acquired by Richmond based Best Products resulting in the family’s move to Richmond in 1982. He was Best Product’s Manager of Maintenance Services for 8 years, then he was Facilities Manager for Circuit City for another 8 years before retiring in 1998.  During this period he was involved in the International Facility Management Assoc (IFMA) holding several positions.

Once retired Bud got involved in bicycling with Richmond Area Bicycling Assn (RABA) where he was their Advocacy Director for many years, leading to leadership of the statewide VA Bicycling Federation (VBF). He received numerous awards on the local and State level for his efforts related to transportation safety advocacy. He was heavily involved in the planning and construction of the Virginia Capital Trail.     Spiritually, he was a long time member of Trinity UMC where he volunteered with the CARITAS shelter program for the homeless for more than 25 years.  He was active with cycling, tennis, the Richmond Coin Club, Richmond Jazz Society, and enjoyed attending his College and HS reunions.

Celebration of Life Service to be held Sunday, July 25 at Trinity United Methodist Church 903 Forest Avenue 2PM with reception afterwards. Interment will follow later at Fairhaven Cemetery, Fairhaven, MN in the Vye family plot.  The family requests that if you would like to dedicate a memorial in Bud’s name please do so to the Virginia Bicycling Federation  C/O Brantley Tyndall. 100 Avenue of Champions, suite 300. Richmond, VA 23230