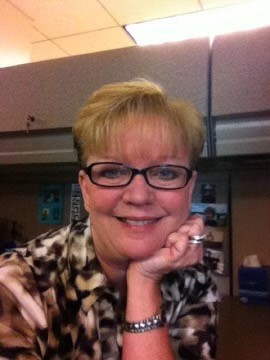 Lorilee (“Lori”) Longshore, 59, of Spotsylvania County passed away Tuesday, May 11, 2021 after a strong-willed, harrowing battle with breast cancer for many years. She was a fighter, as well as a loving mother, grandmother, sister, and friend.

Lori was born to Robert and Mary Broughton on March 22, 1962. As a child, she loved softball and was very athletic. After graduating high school, her first office job was at a company named CPC where she met her first husband Sonny Garlock. Together they raised three children: Courtney, Carrie, and Tony.

Later Lori served many years as a contractor with the United States Coast Guard, which she loved dearly. The Coast Guard and her colleagues were considered a second home and family. She was easy to talk to and always lending a helping ear to anyone who needed someone to listen.

Lori loved spending time outdoors, especially tanning at the pool during the summer and going out to eat with family. Her pride and joy were her grandchildren which she always showered with love, affection and gifts.

She is survived by her father Robert; her daughter Courtney; her stepchildren Carrie and Tony; her grandchildren Landen and Evelyn; and her siblings Suzanne and Rachel. She is preceded in death by her mother Mary.