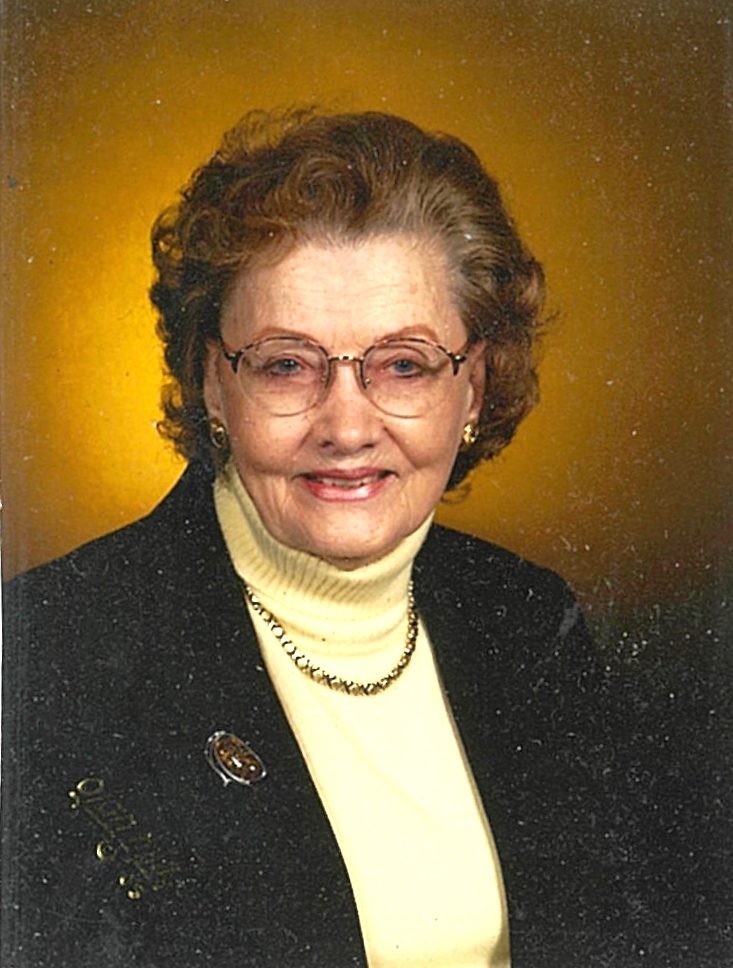 Marjorie (Marge) passed away February 20,2022, she resided at Friendship Village, Chesterfield until April 2019 when she moved to Glen Allen, VA to live with her daughter.  Prior to FSV she and husband, Paul Golden (deceased) were residents of Grealer Park, St. Louis for nearly Fifty years.  She was born near Stockton, Mo. September 27th, 1923, to the late George and Mary Barrow.  Her two brothers, Russell and Harold preceded her in death.  As the wife of a career Army officer, she loved traveling and enjoyed living in Japan and Germany and traveling in Europe and Asia, she was particularly interested in Chinese culture and art.  During Paul’s military career she was an active Red Cross volunteer (Gray Lady) at Army hospitals within the United States, Japan, and Germany.

Once settled in St. Louis, Marjorie became a member of the San Carlos Chapter of the National Society of the Daughters of the American Revolution.  She served five terms as their “Chaplain” and many years as chairperson of the committee that supports the St. Louis Veteran’s Home.  She also served as DAR liaison to local high school ROTC programs.  She was primarily a homemaker maintaining a house filled with well-chosen art, antiques and flowers that made home a special place.  During the 1980s she worked as a buyer and seller for Aunt Heide’s in West Port Plaza.

Marjorie was a warm caring mother, grandmother, great grandmother, and aunt.  She always made visits special, and grandchildren particularly looked forward to helping her unpack the huge boxes of beautifully wrapped presents she brought each holiday season.   Her fantastic holiday fudge cannot be duplicated!  In later years she continued to travel the world, always returning with thoughtful gifts for the entire family.

Grave side services and burial will be at Jefferson Barracks National Cemetery, date to be announced. If desired donations can be made to the Missouri Botanical Garden in her name…Support.Missouribotonicalgarden.org