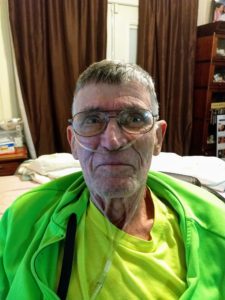 Marshall Terrill Goode, 76, of Mechanicsville, Virginia passed at home with his two favorite people at his side on October 31, 2019.

Terrill was born in Watson, Alabama January 3, 1943, to Margaret G. Wiygul and Marshall Goode. He attended Minor High School, graduating in 1961; served in the Army National Guard, and worked for South Central Bell /Bellsouth for 36 years until retiring in 2000.

Terrill was the complete fan of all things related to the University of Alabama, especially football and basketball.  In his younger and early adult years, he played and refereed basketball.  As his children grew, his interests changed to baseball and softball, where he coached girls softball for many years.  Terrill also had a real love for flea markets, auctions, antiques, and refinishing furniture.  As the years passed, he spent much of his time watching movies and later just spending time with his grandchildren. He loved working in the yard, especially gardening and planting trees with his granddaughters.

With all his interests, Terrill Goode was first, a father.  He loved and lived for his two children.

A special thank you to Teri, Leshell, and Ashley from Hospice of Virginia and his favorite doctor, Jeremy Scheinkin, MD.