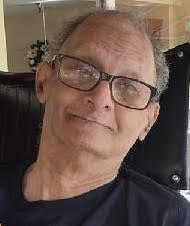 On January 22, 2022, Martin Monticello Jones went home to be with the Lord. Martin was born January 2, 1951, the fifth and youngest son of John Fitzhugh and Willinette Johnson Jones, where he was raised and educated in Richmond, Virginia. He accepted Christ at an early age and was a member of The Moore Street Baptist Church in Richmond, Virginia.

Martin spent most of his employment as a cab driver for the Manhattan Cab Company until he suffered a stroke in the early 1990’s. While he could no longer drive for Manhattan, he was asked to stay on for a couple of years as a dispatcher because of his extensive knowledge of Richmond’s geography, but failing health sidelined him once again in the mid 1990’s. His most highly valued assignment was serving as his mother’s caregiver. He was completely devoted and lovingly doted over her and cared for her until her death in July 2006, when he moved on his own for the first time in his life to Fay Towers Apartments and remained until heath issues dictated that he become a resident of Envoy Westover Hills until he was hospitalized on December 27, 2021.

A Funeral Service will be held at 1pm on Wednesday, January 26, 2022 at Affinity Funeral Service, 2720 Enterprise Parkway, Richmond, VA 23294. A visitation will take place one hour prior. Interment will be private. Click here to view the Livestream service for Mr. Jones.