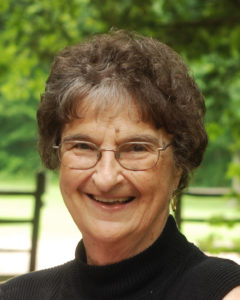 She graduated from Lenore High School in Mingo County, WV where she was salutatorian of the Class of ’47. She then attended Pikeville Bible College, where she met her husband, Clarence (Boney) Mills. She was a cheerleader and he was the star basketball player. They married in 1952 and relocated to Columbus, Ohio where they raised their family and enjoyed 53 years of marriage before Boney passed away in 2006. Mary Ann was an active member of her church for over 40 years and retired from Macy’s Department Store after 23 years of service. She moved to Richmond, VA in 2016 to be close to her children, grandchildren and great grandchildren.

A celebration service and internment at Northlawn Memory Gardens in Columbus, Ohio will be at a later date.