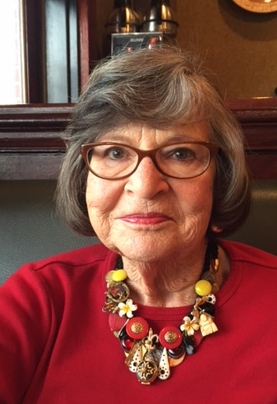 Mary Daeffler Pratt, 90, passed away peacefully in Richmond, Va. on Sunday, December 4, 2022, surrounded by her family.
Mary was born and raised in Waterloo, NY by the late Elmer and Arlien Daeffler.   She attended Waterloo High School and married the late Gillis Gale Pratt Jr. in April 1953.  They raised their three children in Richmond, Va. while active in their church where she was a founding member of Three Chopt Presbyterian.
Mary will be remembered as a loving wife, mother, grand, and great-grandmother.  She will also be remembered as a serious competitor in all her hobbies whether it was on the golf course, Wii golf and bowling, Rummikub, Boce, or Bingo. She loved hanging at the pool with her Cabin Creek friends and competing within her Dogwood community. Her pie-making skills were legendary and her crocheted Christmas ornaments will endure.   Her Facebook skills were impressive for her 90 years since that was an important way to keep up with her great-grandchildren.
She was preceded in death by her husband, Gillis Pratt Jr., and grandson, Robert Saunders.
Survivors include her children, son, David Sterling Pratt and wife Betty Pratt of Vero Beach, FL; daughter, Gale Pratt Saunders and husband Thomas Nelson Saunders III of Richmond, Va.; daughter Karen Pratt Pineda and husband, Alex Pineda of Forest Hills, New York; grandchildren, Thomas Saunders IV, Andrew Saunders, Sterling Pratt, Christina Pratt Mendoza, Nicholas Pineda, Alexandra Pineda; and great-grandchildren, Olliver Mendoza and Cian Pineda.
The family wishes to acknowledge and thank the staff of August Care, Richmond, Va. for the care and support they provided. A celebration of her life is being planned for the Spring of 2023.  Memorials can be made to a charity of your choice.