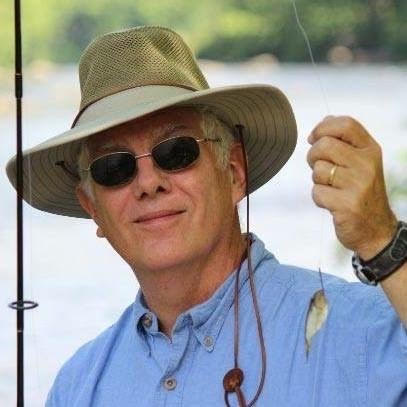 Michael Glenn Pinion, 67, passed away suddenly on October 14, 2022, at his home in Mechanicsville, VA.

Mike grew up on the East Coast, as a navy brat with his family. He attended Princess Anne High School in Virginia Beach, where he met and married his high school sweetheart.

Michael received a Bachelors of Science in Electrical Engineering and a Masters of Science in Systems Engineering from Virginia Tech. He was a Nuclear Engineer with Dominion Virginia Power. After his retirement, he worked as a Forensic Fire Investigator with Forcon International.

He loved to share his passions with others, including fishing, camping, gardening, beekeeping, hunting, and building.

If you had the privilege of hearing one of his stories, learning from one of his lessons, eating produce from his garden, laughing at one of his many witty yet sometimes inappropriate jokes, or tasting the honey that he processed; you are a better person for it. His family, friends, fellow engineers, beekeepers, fisherman, and campers will forever be touched by the positive impact that Michael Pinion made.

In lieu of flowers, donations can be made to: