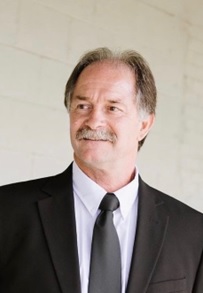 Michael “Mike” Glenn Riley, age 66, went to be with the Lord on Saturday, September 24, 2022, after living with Alzheimer’s/Dementia for seven years.

Born in Belmont, NC, and raised in Henrico, VA, Mike was a son of the late Rev. Ralph and Jessie Riley. He attended J. R. Tucker High School and graduated in 1973.  Mike then attended Bluefield College where he played baseball, was the manager of the women’s volleyball team and assistant coach of the women’s softball team.  He played Intramural Sports and was the Student Intramural Director.  He served on the Mud Pig Day Committee and assisted with the local Special Olympics. After graduating in 1980 with a Bachelor of Science in Business, he moved to Fort Mill, SC.  While there, he was passionate about mission work through his church and traveled to Brazil multiple times.  He was also a leader for many years for Victory Sports in Fort Mill, a nonprofit Christian ministry. He recently returned to his hometown of Henrico, VA.

Mike was preceded in death by his parents, Rev. Ralph and Jessie Riley; and by his brother-in-law, Thomas Steven Hartless.

A Celebration of Life Service is planned for 2:00 p.m. Saturday, October 22, 2022, at Derbyshire Baptist Church in the Sanctuary. The church is located at 8800 Derbyshire Road, Henrico, VA 23229.  Interment will be private.

Memorial contributions may be made to Alzheimer’s Association.  Online guest book is available at www.affinityfuneralservice.com.