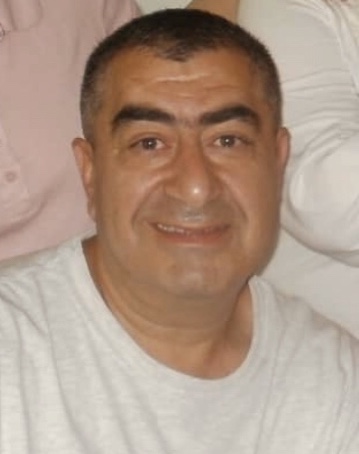 Mohsen “Amir” Azimi, 60, departed this life on March 1, 2020 after a brief but valiant battle. He will be remembered for his love of family and sense of humor.

Amir was born May 25, 1959 in Tehran, Iran and spent a lively childhood there. His love of travel led him to the United States in 1979, to play soccer at Ohio Wesleyan University. It was during this time that visas for Persian students were revoked and Amir was not able to complete his studies there and moved to Greenville, South Carolina where he met his future wife, Paula Veldhuis, with whom he moved to Charlottesville and had two children, Simone and Jacob. Later in life he took a generous interest in their half-sister, Matti Veldhuis, and enjoyed an active role in her life.

Amir worked for many years until his retirement at the University of Virginia Clinical Labs where he had many friends and happy “clients.”  Amir never met a stranger and could regale anyone with stories. Amir was a kind man who enjoyed music (Neil Young comes to mind), soccer, football (a true Redskins fan even when they were losing – which was most of the time) and cooking – especially some of his favorite Persian dishes for his family and friends.

Amir was preceded in death by his son Jacob, brother Freydoon, and father Haj Hossein. He is survived by his loving daughter Simone Azimi (Austin Mills), grandson Angus Nash Azimi-Mills, mother Soghra, siblings Akram, Majid, Hushang, Maryam and Parastoo, and the whole Veldhuis family with whom he remained close.

A celebration of Amir’s life may be held at a later time.