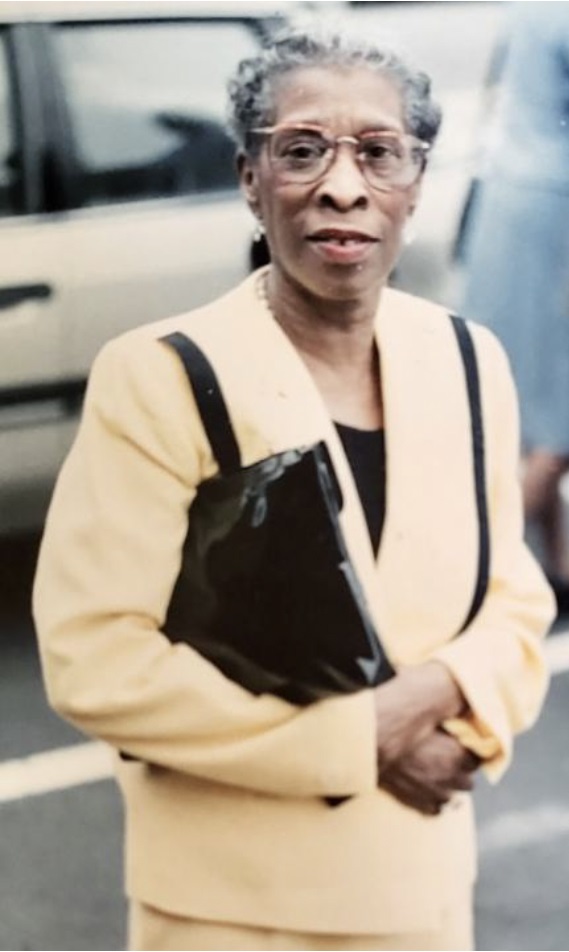 NORA AMANDA LIGGANS HOPKINS of Richmond, Virginia entered peacefully into eternal rest on Saturday, July 2, 2022, at the age of 91. She was born on February 18, 1931, in the historic Westwood community to the late Ralph W. Liggans, Sr., and Geneva Bush. Known as one of the matriarchs of Westwood, Nora was a lifelong member of the Westwood Baptist Church, which was established in 1872 by recently emancipated African Americans.

She was educated at the Van de Vyver Institute, the South’s first Catholic institution for African Americans, and Armstrong High School. For decades, many Richmonders got to interact with Nora as she worked at department stores around the city, including the Target at Libbie Place, where she was named Employee of the Month while in her 70s.

At Westwood Baptist Church, Nora lent her soprano voice to choral groups such as the Westwood Junior Female Quartet and offered her hands wherever they were needed, including preparing meals for the community. With a warm heart, she opened her home to be a regular gathering place for family members and friends after Sunday services, often treating visitors to her famous rice pudding and macaroni and cheese. On any given day in her later years, she could be found by the bay window in her living room singing along with gospel music while deeply engaged with a puzzle book.

Nora was preceded in death by her husband of 65 years, Samuel Welford Hopkins, Sr. She was a proud big sister to her brother Ralph W. Liggans, Jr, who passed away in 2003, and she remained close with her sister-in-law Mildred Gilchrist Liggans until her death in 2013.