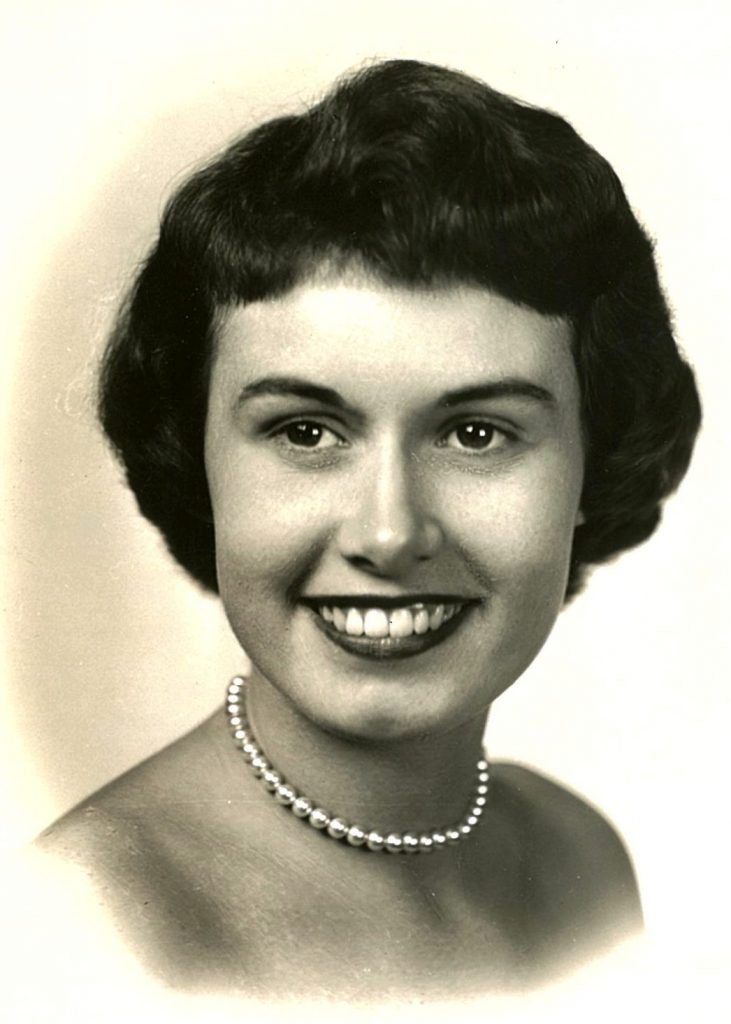 Norma Jean Joyner was born April 1, 1934, which was Easter Sunday. She was fond of telling people that in addition to being the April Fool, she was also the Easter Bunny. She grew up in Marion, Virginia in the Appalachian foothills. There she started and edited the Marion High School newspaper and was selected as “Miss Smyth County”.

Norma Jean  attended Longwood College on a full scholarship and graduated with a double major. She was president of Pi Kappa Sigma Sorority and Chairman of the Panhellenic Council, and served Longwood later as Chairman of the Foundation Board, of which she was a member for nine years, then elected Director Emeritus. She and her husband Crawley have endowed a scholarship for a student majoring in English.

After graduation, she was involved in many varied activities, teaching in the Hampton Public schools and at Hampton University, serving as a troop organizer for the Girl Scouts of America and serving as a Gray Lady for the Red Cross. Norma Jean managed the Ladies’ Department for Berry Burke in Newport News before entering the real estate business, ultimately owning her own firm. During her career, she was president of the Virginia Women’s Council of Realtors and served on the Executive Committee of the National Association of Realtors.

Norma Jean and Crawley enjoyed their condominium at Wintergreen where she played mixed doubles or ladies’ doubles tennis every day during the summers. During the winter a condo in Naples, Florida provided an annual retreat for tennis, bridge,  Neopolitan Ladies’ Club activities and volunteer work at the Shelter for Abused Women and Children. As House Committee Chairman for the Montenero Condominium, the decorations and amenities she crafted made her high-rise the envy of all Pelican Bay.

In addition to extensive nationwide and international travel and starting a commercial interior design firm, Norma Jean made significant contributions in her adopted hometown of Richmond. She was an active member of the Country Club of Virginia, The Woman’s Club and The Tuckahoe Woman’s Club. For two years she was the buyer for the Mayfair House shop at St. Stephens Church. The Virginia Museum of Fine Arts claimed her interest as Treasurer of the Council and chairman of the major fundraiser, Fine Arts and Flowers.

Gracious and fashionable, she brought elegance and good taste to all her surroundings. Enthusiastic, genuine, outgoing and considerate, she will be missed by all who knew her.

The family expresses appreciation to the staff at the Parsons Healthcare Center at Westminster Canterbury for their care and attention, particularly to Stacie George and Jarvis Waye. The family is also indebted to her housekeeper, companion and friend Melody Forbes for all she has done to make Norma Jean’s life better and happier over the last twenty years.

Family will receive friends at Affinity Funeral Service, 2720 Enterprise Parkway from 4 to 6 p.m. on Tuesday, April 12. A graveside service will be held in Hollywood Cemetery at 11 a.m. on Wednesday, April 13 with a reception following at The Commonwealth Club, 401 West Franklin Street.

In lieu of flowers, memorials may be made to the Longwood University Foundation, 201 High Street, Farmville, VA 23909.