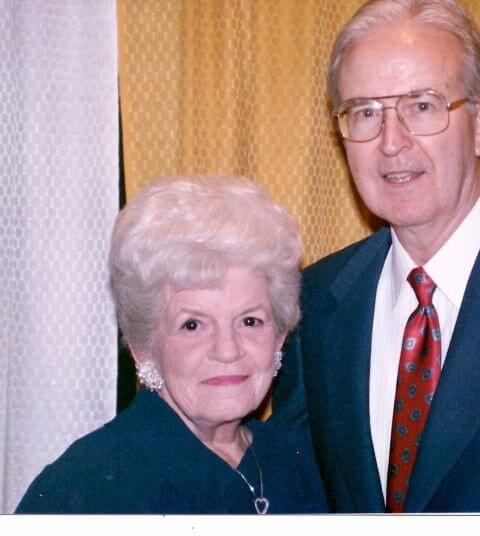 Olive Travis Ritchie, age 97, of Richmond, VA, passed away on July 28, 2017, at Candlelight Senior Manor in Highland Springs. She is survived by her children Diane Neylan (Vince) and C. James Ritchie, III (Lisa), grandsons Nicholas and Owen Ritchie and sister Eleanor Rae Gayhart. She was preceded in death by her husband of 51 years Chester J. Ritchie, her parents Bobbie and Marie Travis and her sister Virginia Barnett.

Olive graduated from John Marshall High School and Smithdeal-Massey Business College. She went to work for Richmond Public Schools after her son started school, working at Oak Grove Annex, Oak Grove Elementary School, the central administration office and Henderson Middle School. In 1974, Olive and several others set up a certificate program at J. Sargeant Reynolds Community College for educational office personnel. Two years later, she graduated summa cum laude. She convinced Richmond Public Schools to recognize personnel who held a Professional Standards Certificate with a pay increment—believing that professional development was crucial to improved performance and should be acknowledged. Olive retired from Richmond Public Schools in 1985 after 27 of service.

Olive loved playing the piano, playing for awards banquets until her health declined. She continued playing for the staff at Candlelight Senior Manor until shortly before her death from the effects of Alzheimer’s/dementia. “Stardust” by Hoagy Carmichael was her favorite song. The family would like to thank the staff of Candlelight (and its predecessor) for the patient and caring treatment extended to Olive during her last years.

A graveside service will be held at 3:00 pm on Thursday, August 10th at Maury Cemetery in the veterans section under the large United States flag (2700 Maury Street, Richmond 23224). In lieu of flowers, the family asks that you make a donation in Olive’s memory to the National Alzheimer’s Association (http://www.alz.org/donate_overview.asp) or a charity of your choice.