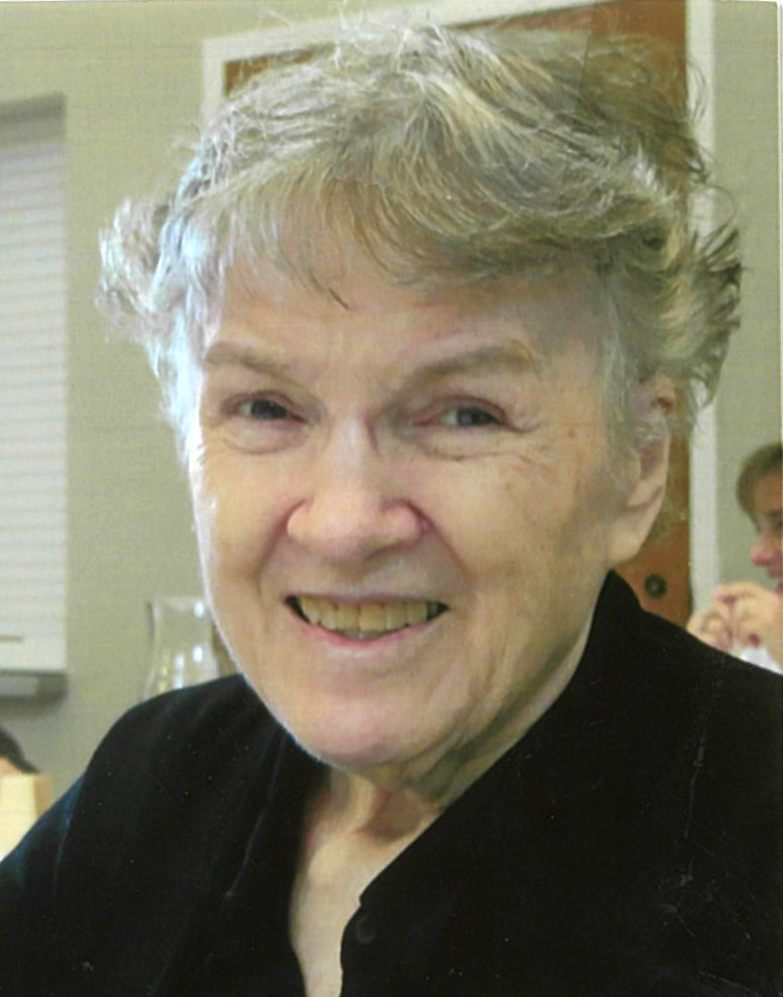 Pamela Blakeley Guthrie, formerly of the United Kingdom and Manhattan, NY, died in Richmond, Va. at the age of 83. Pam was predeceased by her husband Eugene J. Guthrie, her parents Walter and Dorothy (Ford) Blakeley, and her sisters Enid Earthy, Doreen Heap and Suzanne Blakeley. Pam is survived by her sisters Brenda Robinson and Jennifer Spencer as well as many nieces and nephews. Pam was born in Burnley, Lancashire, England and was baptized and confirmed in the Anglican Church of St. Peter. Pam was a bell ringer of the church calling parishioners to prayer. While in England, Pam trained to be a nurse and received her cap. Pam was known as an adventurer. She and her sister Doreen motorbiked through France, and as a young woman Pam decided to leave England and came to the U.S. to work as a nanny. Eventually, Pam moved to San Francisco, and it was there that she met her future husband, Eugene. Before too long though the couple moved to New York City, Eugene’s roots, and settled in the Upper East Side of Manhattan. Pam became part of the banking industry, having received many certifications including the Advanced Study Program for the New York Chapter of the American Institute of Banking. Pam and Gene had the love of running in common and competed in over 40 marathons, including several Boston Marathons and NYC Marathons. After retiring, Pam followed her dream of acting and became a member of SAG (the Screen Actors Guild) and had bit parts in many shows, including Law & Order. Pam had roles in a number of films: Voice of the Voiceless, in which she appears frequently; Winning Seasons, a Russian film just “dancing and stuff”; Spider Man II; and, as a race walker in a film that took place in a Manhattan park. In April 2015, Pam and Gene moved to Richmond, Va., to be near family as their health declined. Eugene died on Sept. 21, 2016. Pam lived for another six years, suffering with diabetes and Parkinson’s Disease. We express our gratitude to James River Hospice for their loving care and concern. One of the most beautiful gifts in Pam’s life was her friend Carol Short from Manhattan, whom Pam met on her voyage from England and who remained a true friend until the day Pam died.