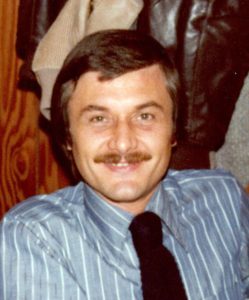 Paolo devoted much of his life to his work at GD USA. In retirement he enjoyed following the soccer team from his birthplace of Bologna, Italy and he never missed a Formula One race.  He spent holidays and special events with his Powhatan family and called his family in Italy every week particularly to discuss Formula one results. Paolo also enjoyed spending his leisure time with his good friend in Chesterfield.

Survivors include his sister, Giuliana Stagni Russo; three nephews, Roberto Russo, Ricardo Russo and Alessandro Stagni all of Bologna, Italy; niece, Kaitlyn Kolster; and nephew Hans-Colin Kolster both of Powhatan. He was preceded in death by his wife, Cynthia Serex Stagni; his mother, Giuseppina Zanforlin Stagni; his father, Alfredo Stagni; and his brother, Giuliano Stagni.

A celebration of his life will be held from 2 to 4 p.m. on Saturday, May 4 at Affinity Funeral Service.