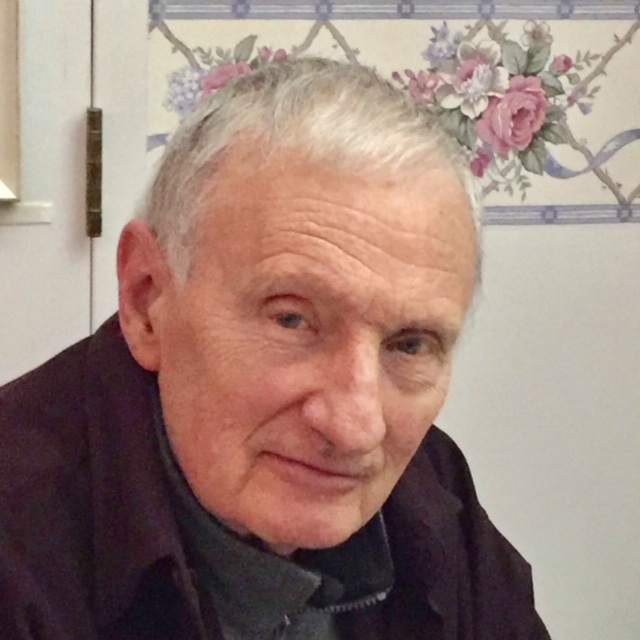 Born in 1938, Long Island, New York, Raymond Harold Faust Jr. of Mechanicsville, passed away on July 9th, 2020 in Richmond, Virginia.
As a youth he loved to sail around the Great South Bay of Long Island exploring all of the islands along the barrier beach of Fire Island.  He did a stint in the army reserves between the Korean and Vietnam conflicts about the time he married his wife Maura, newly immigrated from West Germany.
Raymond had a lifelong fascination with science, philosophy, space exploration, geology and did all kinds of experimenting in his home workshop.  In his first job he worked for a company that made parts of the Apollo Lunar Modules that went to the moon.  He had a third of an acre backyard organic garden long before organic farming became “a thing”.  Ray was a professional carpenter and enjoyed solving the problems of putting things together, taking them apart and finding “better” ways to reassemble them.  He was an artist, drawing and painting came naturally to him.
Raymond was self-taught, fueled by a natural curiosity.  He was quiet by nature but would spend hours talking about the subjects he was interested in.  His sizable library included reference books of all kinds including books about gardening, astronomy, all the sciences, nutrition, engineering, carpentry, animals, birds and butterflies.
He loved astronomy. He built his own 6 inch lens refractor telescope and shared that fascination with his children.  It is appropriate that there is now a comet (Neowise) visible overhead in that same  sky that he gazed at and dreamed about over his entire life.
Raymond is survived by Maura, his wife of sixty-two years, three children, Wayde, Lorraine, Jeff and four grandchildren, Sean, Bryan, Jonathan and Gio.