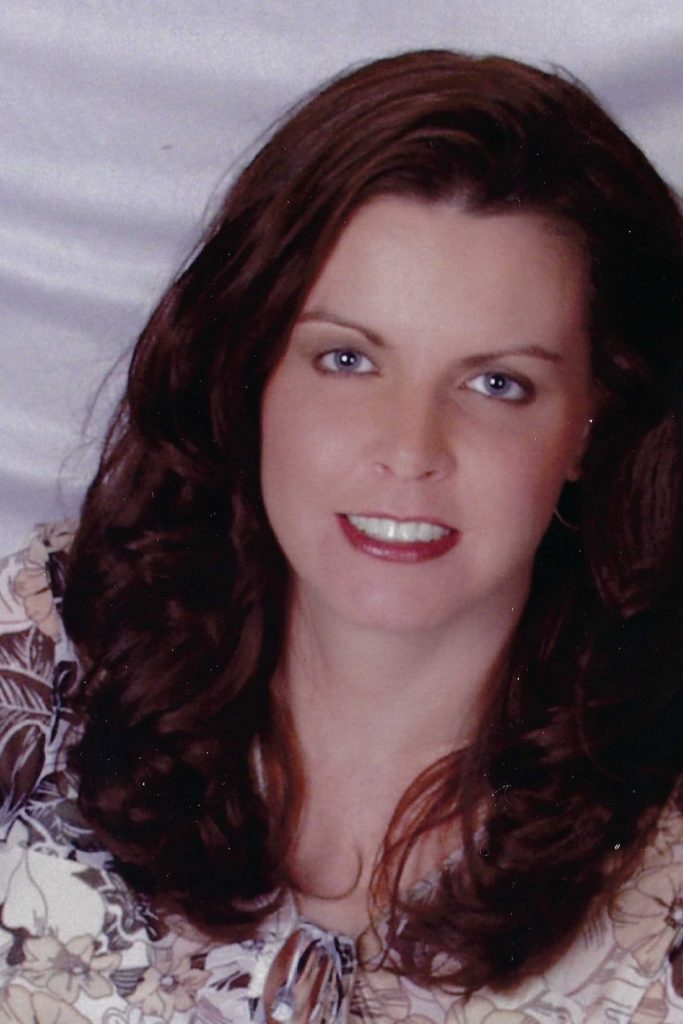 Rebecca Christine Peterson (Matthews) of Richmond, Virginia transitioned from this earthly realm on Wednesday, September 1, 2021.  Christy, as she was affectionately known, was born on July 23, 1972, in Charleston, West Virginia to her loving mother Rebecca Matthews Moody. Spending the majority of her childhood between Charlton Heights and Montgomery, Christy enjoyed moments outdoors at the many lakes West Virginia had to offer with her brother, Shawn Matthews, and her numerous cousins and close childhood friends.

Christy graduated from Goochland High School in Virginia, where she had no problem making friends among her classmates. Outside of school, she excelled at swimming and track, took dance lessons, briefly joined the cheerleading team, and played flute in her school’s band.  Christy developed a strong bond with her late grandparents, Aileen and Dayton “Mattie” Matthews and Edith and Lowell Fox, who she saw nearly every day as a child. She often spoke of fond memories spent vacationing, camping, and boating with her grandparents, some of which later turned into memories that she replicated with her own four children.

While working at Signet Bank, Christy met her former husband of 19 years, Ken Peterson. Ken was drawn to Christy’s free spirit and outgoing personality, often seeing her traverse the hallways barefoot with a big smile and innocent eyes. They later wed on September 4, 1999, and together welcomed their children, Taylor, Morgan, Lin, and Lainey, into this world. Her kids were her pride and joy, and she consistently showered them with love and affection.  Christy shared countless cherished memories with her kids, planning larger-than-life birthday parties, taking vacations to Myrtle Beach, and walking the trails at Dorey and Osborne Park. Her family lovingly joked that if there was anything her kids wanted, she made sure they had an overabundance of it.

Her passion and dedication to her kids’ success were boundless. Whether it was enrolling them in dance, music, and art lessons, cheering them on in sports, forging several A+ projects in their stead, or just offering comforting advice, Christy’s top priority was making sure her kids were happy and healthy.  Christy’s adventurous nature led her children to playfully call her “the cool mom”. It wasn’t unusual for her kids to rely on her to approve going to concerts, accompany them to their first piercings and tattoos, or sneak off for secret out-of-school lunches. Her kids always appreciated their mom’s ability to accept them for who they were and encourage them to be their best.

Christy was thrilled to welcome her two grandchildren into the world, Vanya and Amirah, who she absolutely adored. She eagerly supported her daughter, Morgan, in the delivery room for her eldest granddaughter, Vanya, and was very proud to be present for many “firsts” in her grandchildren’s lives. Together, they cherished time spent watching their favorite TV shows and playing in the park.  Outside of her role as a devoted mother, Christy enjoyed hobbies such as running and cooking. She trained and competed in several different long-distance races, even while pregnant with Lin and Lainey. Christy also had a knack for perfectly recreating her family’s favorite restaurant meals, and had several signature dishes that were relished over the years.

Christy had a vibrant energy that allowed people to gravitate to her easily. Her sharp wit, thoughtfulness, generosity, strength, and sweet nature will be missed by the people who came to know her. Christy has passed her legacy on to her four children, Taylor, Morgan, Lin, and Lainey Peterson. She leaves treasured memories to her grandchildren, Vanya and Amirah; her mother, Rebecca Matthews Moody (Jamie); her brother Shawn Matthews; and a large circle of extended family and friends who all loved her deeply.

A service will be held at 2 p.m. on Friday, September 10, 2021, at Affinity Funeral Service, 2720 Enterprise Pkwy, Richmond, VA 23294. Click here to view the live-streamed Memorial Service for Rebecca Christine Peterson.

Christy’s family would like to honor her dedication to her children’s educational and professional success through the “Christy Peterson Legacy Fund.” Christy had a lot of hopes and dreams for her children’s future, and we want to make sure that those goals can still be achieved.

We have a few options for those wishing to support Christy’s legacy:

Christy’s family wholeheartedly thanks everyone for their support, kind words, and loving gestures as we get through these hard times. We are hoping to do everything we can to continue to make her proud.