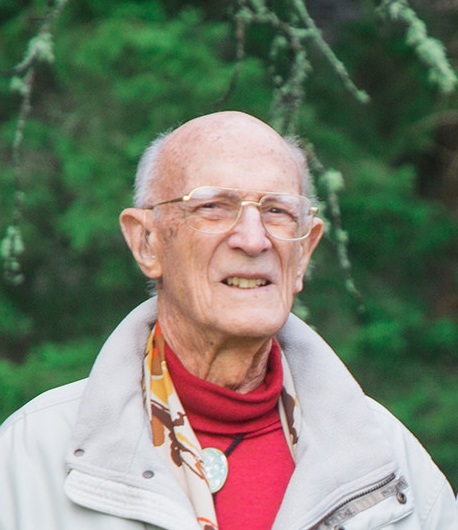 Reed was born on September 28, 1919, in Oak Park, IL, to Edwin P. and Gertrude E. Shipley. He had fond memories of a childhood spent in cities across the Midwest. After graduating from high school in Atlanta, GA, he earned a B.S. in Chemical Engineering from the Georgia Institute of Technology (1942) and a M.S. in Chemical Engineering with a Minor in Business Law from the State University of Iowa (1948). Reed married Margaret E. Spangler on March 15, 1944, in Dallas, TX. Together they raised their daughter, Diane, in Glen Ridge, NJ.

Reed served in the U.S. Army Air Corps as an Aircraft Maintenance Officer in the Pacific Theater during World War II and in the U.S. Air Force as an Air Technical Intelligence Specialist during the Korean War, achieving the rank of Captain. His extensive civilian career in chemical engineering involved laboratory, manufacturing, quality control, and supervisory roles.

After retiring to Prescott, AZ, Reed played golf year-round, tutored high school students in math, and explored North America by RV. He lived for several years in Lacey, WA, before moving to Richmond, VA, in early 2020.

Reed was known for his chivalrous manner and dry sense of humor. His love of family, friends, golf, chocolate, and books brought him and those around him much joy.

Reed passed away on April 17, 2022, at the age of 102 in Richmond, VA.  He was preceded in death by his wife, sister, and daughter. Reed is survived by his three grandchildren and seven great-grandchildren.

A private graveside service will be held at a later date in Dallas, TX.  Memorials may be made to Yavapai College or Heifer International.