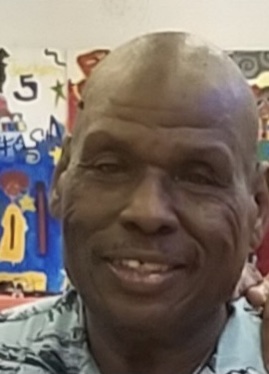 Richard Kidd, 67, passed away on July 24, 2021 at Henrico Health and Rehab Center after a long battle with prostate cancer. Richard was born on March 28, 1954 in Richmond, Va., to Mary and William Kidd who preceded him in death. Also preceding him in death was his stepfather, Willie White.

He attended Richmond Public Schools and was a proud 1973 graduate of Maggie L. Walker High School. Shortly after graduation, Richard started picking up shifts for the US Postal Service as an on-call mail clerk. He was promised “maybe 10 hours a week” but soon became a full-time employee because “they liked his work ethic”. One day while working for the post office, a friend came by and advised him to apply for a job with the railroad. Desiring to travel outside of Richmond, Richard applied and was hired by Norfolk Southern Railway.

Richard loved the traveling associated with being a freight man for Norfolk Southern. He often told stories of seeing different places and meeting new people. Anyone that knew Richard, knew that if he met a stranger, they weren’t one for long. He would stop at his favorite Danville grocers and buy farm grown fruit and vegetables to bring home to his family and friends. His most infamous purchase was 35 pounds of broccoli that he ate over the course of 2 weeks. He was also known to pick up turtles along the railroad tracks and keep them as pets. Richard worked for Norfolk Southern for 20 years before moving on to other adventures.

Though Richard was known to be a devoted man of GOD, an avid reader, a great cook, the “chief” of chess and sometimes called “Hammertime”, he valued his roles as an amazing family man and a faithful friend. Richard leaves to cherish his memory, two brothers William (Joann) of Richmond, Va. and Ivan of Virginia Beach, Va..; three sisters Katherine, Berniece (Rick) and Delois all of Richmond, Va.; a daughter Tasha of Stafford, Va.; a host of nieces, nephews, cousins and in-laws. He will also be missed by many church members, former co-workers, friends and friends who became family especially Renee Brunson and Harold Cobb.

Richard will be memorialized on August 7th at 2pm during a private ceremony that will be livestreamed for his family and friends who are unable to share their memories in person. Click here to join the live-streamed memorial service for Richard Alvin Kidd.

In lieu of flowers, the family requests that a donation be made to Good Shepherd Baptist Church, 1127 N 28th Street, Richmond, Va. 23223 in his honor.