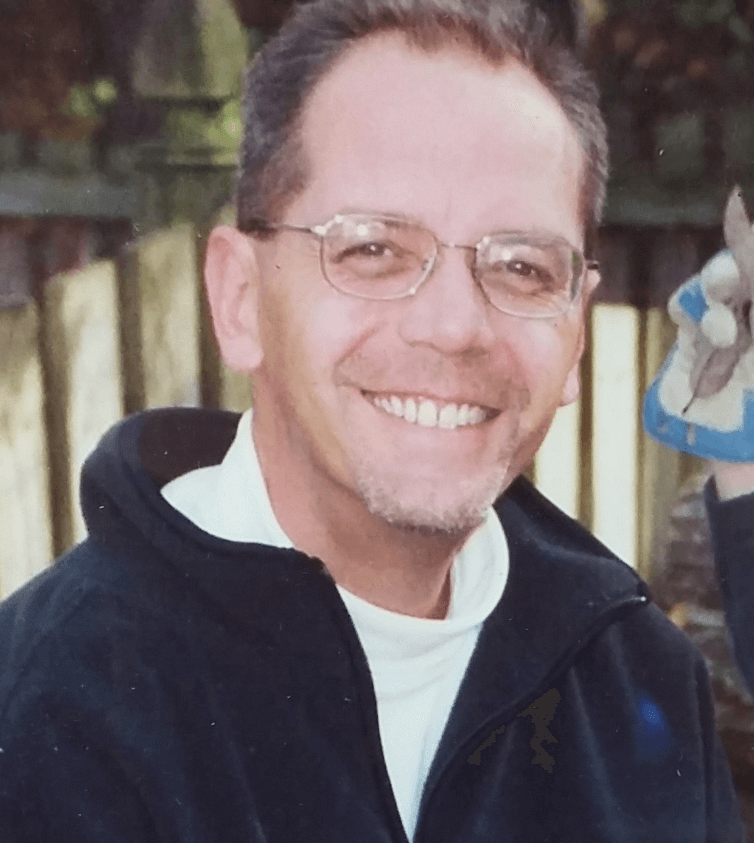 GALAN, Richard “Dan” Daniel, 56, of Henrico County took the stairway to heaven on November 7th 2017 to join the ranks of other stars and angels that have gone before him.

A son, brother, soldier, husband, and father- Dan follows his father, Richard; his brother, Ben; and many other loved ones up to heaven. He leaves to cherish his memory; his wife, Marie; his three children Jaclyn, Richard and Joseph; his mother, Betty; and his sisters, Susan, Melinda, and Jenny.

Raised in Henrico, Dan attended JR Tucker HS and JMU. He proudly served in the Iraq War, and was awarded the Bronze Star for his bravery and leadership. His hard work at Bank of America earned him the respect of his colleagues and the reputation as a person of substance and honor. However, Dan’s upmost devotion was to his wife, kids, and family, who he adored. After a courageous 10 month battle with cancer, Dan was called up to heaven much too early. While heartbroken, his family is so proud of his fight and “won’t back down” attitude even through the very end of his illness.

Dan had a way of seeing the magic in the world around him, be it the smallest honeybee or the tallest mountain. He always marveled at the nature’s splendor and tried to spend as much time outside as possible. An avid fisherman, Dan spent many hours whispering to the bass and soaking in the sun. He was a loyal Dallas Cowboys and UVA football and basketball fan. Dan had excellent taste in music, an immense soundtrack that spoke to his soul on a deep, almost spiritual level. Dan was a lifelong learner and reader; an intellectual at times and Jeopardy champion always.

Dan put color in our world, music in our souls, and laughter in our hearts and he will be terribly missed. He was the most amazing man we have ever known; a genuine original. We know he will be watching over us, guiding us and sending his love from above.

In lieu of flowers, please make a donation to the Richard D. Galan Memorial Fund (www.youcaring.com/richarddgalanmemorial)