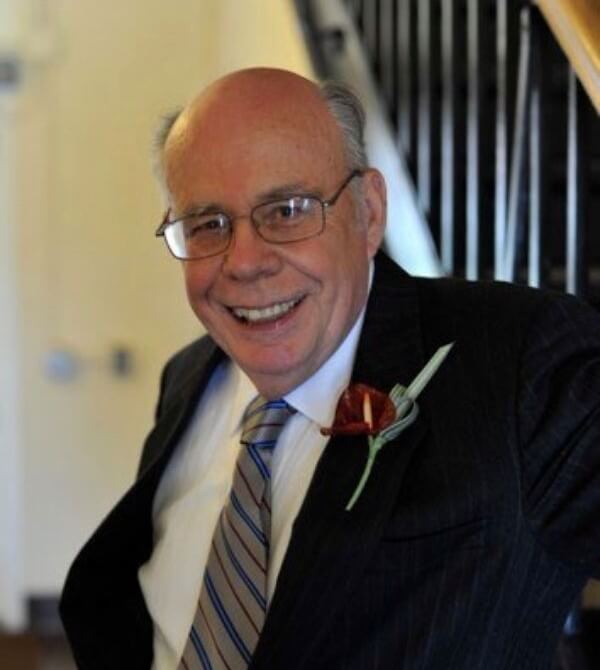 Richard Earl Smith died at home surrounded by his family on February 12. He was 77.

He was born in Martinsville, VA, on September 24, 1940 and was a 1959 graduate of Martinsville High School. Richard earned his degree in Mechanical Engineering in 1963 from Virginia Polytechnic Institute, where he was a proud member of the Corps of Cadets. He earned his M.S. degree in System Management from USC in 1971.

Upon his graduation from VPI, he was commissioned as a Lieutenant in the U.S. Air Force, ultimately achieving the rank of Captain before becoming a civilian. The next 34 years of his career were spent working in various engineering and scientists roles with the U.S Air Force and Army.

From 1963 to 1975, Richard was based at Edwards Air Force Base and served as a Project Engineer and an Aerospace Engineer at the Air Force Rocket Propulsion Laboratory. From 1975 to 1986, he was based at Andrews Air Force Base where he was a Physical Scientist, General Engineer, and Aerospace Engineer with the Air Force Systems Command in the Directorates of Aeromechanics, Space and Weapons, and Plans and Programs. From 1986 to 1992, he worked for the Army Materiel Command, first as an Aerospace Engineer in the DCS Development, Engineering & Acquisition, Aviation Division, and then as Assistant Chief Scientist and General Engineer. From 1992 to 2001 he served as a General Engineer at the Army Research Office, first with the Washington AMC Field Office and then with the Washington Ballston Field Office.

Highlights from his 38-year career include: helped lead a program that demonstrated the feasibility of a 260-inch diameter, 3 million pound thrust solid rocket motor; served as the Weapon System Staff Manager for HELLFIRE, HYDRA 70, Air-to-Air Stinger, and the Adverse All Weather Weapons System (Long Bow); was the Army Materiel Command representative to the Office of the Secretary of Defense working group on Missile Technology Control Regime; was the Air Force point of contact working directly with the House Appropriations Committee Studies and Investigative Staff to the ramjet investigation and with the Government Accountability Office on an audit of Technology Transitions in the Department of Defense; and helped develop key components of and served as the primary Army point of contact with the National Research Council for the Army’s long-range plan for Science and Technical investment, including the Army Science and Technology Master Plan and the National Research Council Strategic Technologies for the Army of the Twenty-First Century (STAR 21) study.

Richard was a loving and cherished father, husband, brother, and grandfather. Never was there a man more devoted to his family. Their happiness and comfort was his first consideration, and his love for them was as beautiful as it was great.
His second love (by a hair) was Virginia Tech, and he enjoyed regaling his family and friends with stories from his time there, including antics such as kidnapping a VMI cadet (for which he was briefly expelled and then readmitted, to the great relief of his parents) and rescuing the Hokie turkey from the United States Military Academy at Westpoint (now stuffed and hanging in the Virginia Tech Corps of Cadets Museum). He was an avid sports fan, especially when any Hokie team was playing. He also enjoyed reading, history, and genealogy.

Funeral services will be private. A celebration of Richard’s life will be held on Saturday, February 17 at 3:00 p.m. at the home of Helen Lambert, 9528 Nassington Ct., Richmond.

Richard’s family would like to thank the staff of the AseraCare Hospice for their support and loving care, especially Mila Powell and Sarah Allen. Memorial donations may be made to the Virginia Tech Corps of Cadets, the American Heart Association, or AseraCare Hospice.