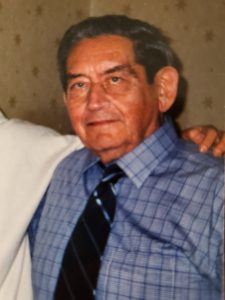 Our dear brother and uncle Richard Glen “Dick” McEvoy, 83, passed away peacefully on December 18, 2019 at ManorCare Health Services-Imperial after a short battle with cancer.

Dick was born October 23, 1936 in Chicago, Illinois. After winning First Prize in a nation-wide architectural contest run by Ford Motor Company in 1954, he worked at the renowned Harry Weese & Associates and the Holabird & Root architectural firms from the mid 1950s to early 1990s. He lived in the Washington, DC area for many years, where he was an architect and designed the master plan of the National Zoo. He retired and moved to Richmond, Virginia in 2001.  He was also an expert on WWI Navy Luger handguns.

He was preceded in death by his father Everett Maldonado, mother Mildred McEvoy, aunt Edna Lind, and step-father Robert McEvoy. He will be missed by his brothers Eugene and Warren McEvoy, nieces Erica and Lisa, and nephews Brian, Michael and Scott, as well as many loving family and friends.