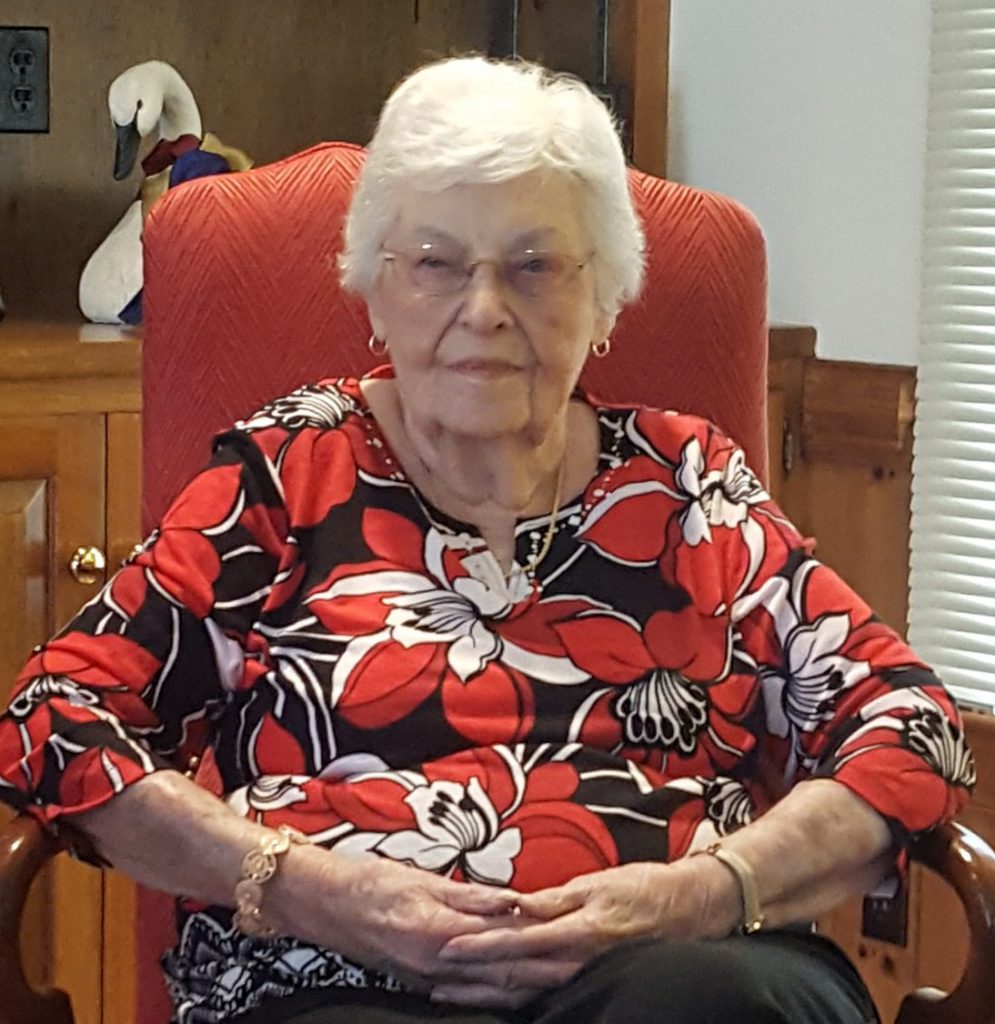 Rita Stallings Savage, 99, of Henrico, VA passed away on Sunday, July 3, 2022. She was born in Smithfield VA in a historic house on Jericho Road on February 16, 1923.  At the age of 12, her mother died and she moved to Richmond where she was raised by relatives.  Rita graduated in 1940 from The Cathedral High School in Richmond which was a private girl’s school with a class of about 20. She met Joseph Savage Jr after having been invited to his birthday party in the Fan district and they were later married in 1942 in Washington DC.  In 1945, “Joe” joined the Army to serve his country.  Upon his return, they moved to Newport News where they raised their family of four children.  Because of their love of boating and fishing, the family built a waterfront home and relocated to York County.  They stayed there until retiring in Williamsburg.  Rita later moved to St Mary’s Woods in Richmond, an independent living facility, to be closer to family.

Rita was mostly a stay at home Mom. She never complained and was always there working for the family and the children.  She taught them to be fair, kind, honest, and not to judge other people.  She made sure their birthdays and Christmases were happy events, even if the gifts were homemade.   She would play with them and helped with boy scouts, 4-H and dancing classes. She taught them the importance of the extended family and tried to visit them often.   And in return, as she aged, the children showed her how much they loved her too.  Her friends often refer to her as a very kind person and one of the “sweetest people they know”.

She enjoyed card games, bingo, bowling, visiting with friends, Sunday dinners with the family and reading on the beach.  She was widely known as a jigsaw enthusiast and welcomed anyone willing to join her in completing 100s of puzzles over her lifetime.  With her daughter Pam, she traveled worldwide including Alaska, Hawaii, and Hong Kong.  She enjoyed giving back to the community by crocheting newborn infant hats and blankets to give to hospitals and making afghan blankets for the grandchildren.

A funeral service will be held at 1:00 p.m. on Thursday, July 14th, at St. Edwards Catholic Church, 2700 Dolfield Drive, Bon Air, VA 23235. A reception will follow in the church hall.  At a later time, a private interment will be held at Parklawn Memorial Park in Hampton Va. Memorial donations may be made to a charity of your choice.