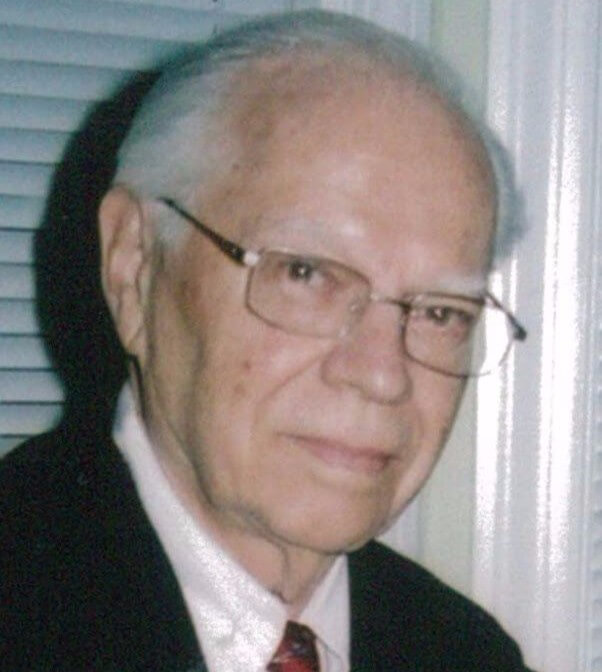 Lightner, Robert (Bob) Bruce , 89, of Richmond, VA, died on March 14, 2017. He was born April 5, 1927 in Huntington, West Virginia. He is preceded in death by his parents, Harry A. and Mabel (Linkenhoker) Lightner; his brother, Harry E. (Catherine Callaham) Lightner. He is survived by his devoted wife of 59 years, Linnea (Lea) Carlson Lightner; his beloved daughter, Laura Jones (Donald) and two much loved grandchildren, Catherine and David. He is survived by his brother-in-law Arnold Carlson (Marcia) and their three daughters, Amanda, Catherine and Caroline. Upon graduating high school, Bob enlisted in the Navy where, after passing the Eddy Test, he qualified for and received specialized technical training and served as an Electronics Technician Mate. After the war, he attended Marshall University in Huntington, WV, where he was a charter member of Sigma Alpha Epsilon Fraternity. Bob graduated from Georgia Institute of Technology in Atlanta, earning a Bachelors and a Masters Degree in Electrical Engineering in 1951 and 1952. He worked for seven years for the Dupont Company in Belle, WV, and Wilmington, DE, where he met and married Lea. They moved to Richmond, VA in 1959 when Bob went to work for Reynolds Metals Company. He retired from Reynolds after 32 years of service as a Project Director and Supervisor in the Product Development Division. He was a Professional Engineer and received the Reynolds Gold Award for patents, holding 11 U.S. patents and 14 foreign patents. He was a senior member of the Institute of Electrical Engineers, a member of the Instrument Society of America, and the Advanced Transit Association. He authored papers for the Society of Automotive Engineers and the International Conference on Aluminum Industrial Products. Bob and Lea shared a passion for travel, driving cross country twice to Alaska. Through the years, they visited every state in the U.S., every province in Canada and nine European countries. Bob also enjoyed golf, photography and Georgia Tech football and basketball, but his greatest passion was his family, especially his grandchildren, whom he adored. He was an important and integral part of their lives. Bob was a loving, kind and selfless man, and, despite numerous serious health problems in later years, he remained positive and encouraging. He will be greatly missed. The family would like to thank Dr. Martin Starkman and the staff at Fresenius West End Dialysis Center and Our Lady of Hope Health Center for the wonderful, compassionate care they provided. A memorial service will be held at Affinity Funeral Service, 2720 Enterprise Pkwy., Richmond, VA 23294 on Saturday, March 25 at 3pm. Interment will be private. In lieu of flowers, please consider donating to the Patient Assistance Fund at West End Dialysis, 1501 Santa Rosa Rd., Richmond, VA 23229 or the National Kidney Foundation of Virginia, 1622 E. Parham Rd., Richmond, VA 23228.