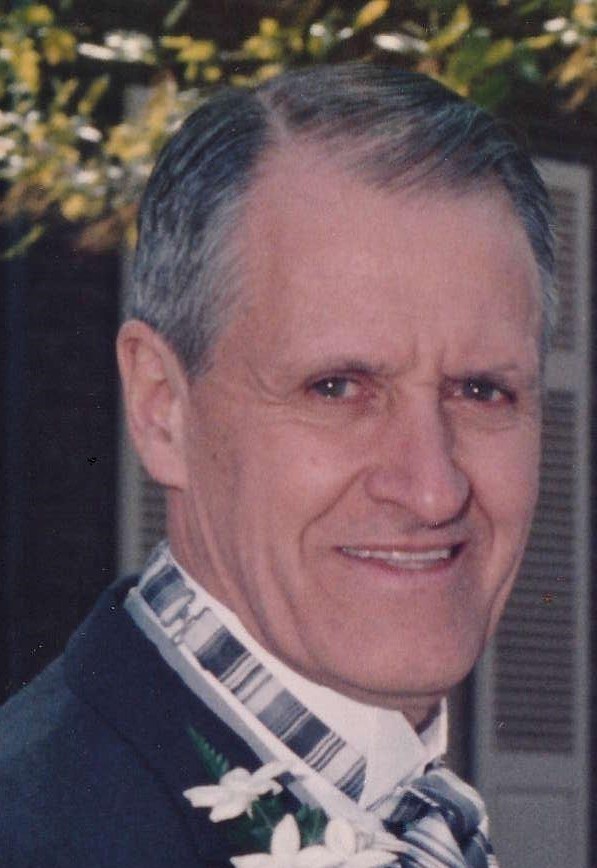 Robert Edward Fetherston, of Richmond, went to be with the Lord on June 12, 2021, at the age of 92. He was born in Whitewater, Wisconsin, to the late Doris Helen Fetherston, a gifted church administrator and organist, and Robert Theodore Fetherston, an inventor and mechanical design engineer. He is survived by the love of his life, his wife, Suzanne; four children, Robert William (Honor), Richard Scott (Charlotte Salomon), Carol Payne (Tim), and John (Robin); three grandchildren, Alexandra Porush (Ben), and twins, Joseph and Ellen; and one great grandchild, Kaete Townsend Porush, as well as nephews and beloved sisters-in law.

Bob, as everyone called him, was a man of multiple talents with a deep commitment to family and community. He grew up in Battle Creek, Michigan. As a teenager, he caddied locally for golfers and also worked during the summers at The Mooring, a forty-acre lakefront property on Lake Macatawa, serving as “Best Boy,” which entailed sailing the lodgers out of the connecting channel to Lake Michigan and back. Both sailing and golfing became life-long passions.

After earning a degree in mathematics from Wisconsin’s Milton College, he served during the Korean War as an Air Force weather observer in Presque Isle, Maine. Decades later, he still loved to explain all the facets of weather patterns and climate.

After the war, Bob worked in Holland, Michigan, for a boat company building wooden boats, at a Ford dealer in the parts department, and with General Electric (GE) at the hermetic motors plant. With GE, he brought his family to Phoenix, Arizona, in 1962, where they remained for eleven years as he worked in data processing, eventually becoming a systems analyst and technical writer. In 1973 he transferred to Lynchburg. For the next ten years, his work with GE involved technical writing on location of operational instructions for custom installations of computerized radio systems. These systems were for large city, municipal police departments such as those in Indianapolis, Toronto and Bogota. With a schedule of ten days on site and four days at home, he would ward off loneliness by writing poetry and learning to play classical guitar.

His enjoyment of classical music and choral productions such as Handel’s Messiah was greatly influenced by participating, along with Suzanne, in the choir at Milton College. While in Lynchburg, he sang both tenor and bass in the choirs at Rivermont Presbyterian Church and St. John’s Episcopal Church, and both he and Suzanne sang in stage productions with the Lynchburg Fine Arts Center Choir. He discovered there were limits to his taste, however, after escorting his daughter to an Elton John concert, which gave him a headache.

Seeing competitors in the Virginia 10 Miler run by his window revived a former interest in running, and from 1977 to 2013, he participated in that race. One part of his family competed with him, while another part served as his support team. He twice ran in the Richmond Newspapers Marathon, one year in the drenching rain. He was a whiz at crossword puzzles and an amateur astronomer who built his own telescope, including grinding the mirror. During his retirement, one could find him helping his wife run a knitting booth at yarn fairs around the country, or building an all-wooden sailboat in his backyard. In the last month of his life, he happily celebrated 70 years of marriage with Suzanne and the news they had become great grandparents.

In lieu of flowers, donations may be made to Kiwanis Club of Lynchburg Foundation, which seeks to improve the lives of children in their own communities, at P.O. Box 4372, Lynchburg, VA 24502, or on its Facebook page.