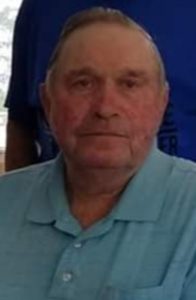 Robert Ellis Brizendine, 79, of Powhatan, died at his residence on August 10, 2019. Robert was born July 10, 1940 in Craig County, Virginia to Mabel and Odell Brizendine, who preceded him in death. Surviving are his wife of 59 years, Clorene Alls-Brizendine; their children, Deborah, James (Susan), Wesley (Richard) and Selena; and grandchildren Ryan, Jade, Hunter, Brandon, Rachel and Amber. He was also loved and adored by his three great-grandchildren Allen, Nicole and Thomas. Additional survivors include his brothers, Roger (Patsy), Terry (Karen) and Jake, all of Blacksburg, Virginia. Robert was a gifted athlete, excelling at a young age in baseball and golf. He was an avid sportsman who loved to hunt and fish. He was well known and will be fondly remembered for his selflessness and generosity. Robert was the kind of man who would go hungry so others would not. The family will receive friends from 1:30 to 3 p.m. with a service to follow at 3 p.m. on Wednesday, August 14 at Affinity Funeral Service, 2720 Enterprise Pkwy, Richmond, VA 23294. Interment will be private.