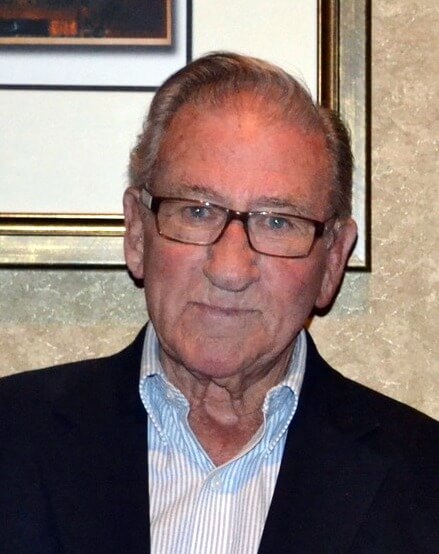 Robert Lee “Bob” Partin, another of the Greatest Generation, passed away on Friday, April 12, 2019.

He was 92 years young and predeceased by his parents, sister Ruth Bescher; and brother Alfred Partin.  Bob is survived by his loving wife, Joyce Sears Partin, “the most devoted children you could wish for”, son Lee Partin; and daughter Sheran Partin Goodman, who he supported in everything they did.  He is also survived by his special daughter-in-law, Susan Carley Partin, five grandchildren of whom he was so proud, Carley Thornton, Tracey Austin, Ryan Thompson, Rob Partin, and Brian Partin; and seven precious great-grandchildren.  Bob is also survived by his sister-in-law, Jane Partin.

Bob served in the U.S. Navy during World War II and was recalled during the Korean War.  Most of his business career was in the food industry.  He represented and traveled for several national food corporations in sales and sales management and was co-owner of a food brokerage company.  Bob was a long-time member of Ridge Baptist Church.  He loved the simple things in life.  Bob enjoyed nature, feeding and watching his birds each day, sitting in the sun on his deck, walking on the beach, and an evening martini.  He and Joyce loved to entertain family and friends and he was a perfect host.

We will gather to celebrate Bob’s life at 4 p.m. on Monday, April 15 at Affinity Funeral Services, 2720 Enterprise Parkway, Richmond, VA 23294. The family will receive friends one hour prior to the service at the funeral home.