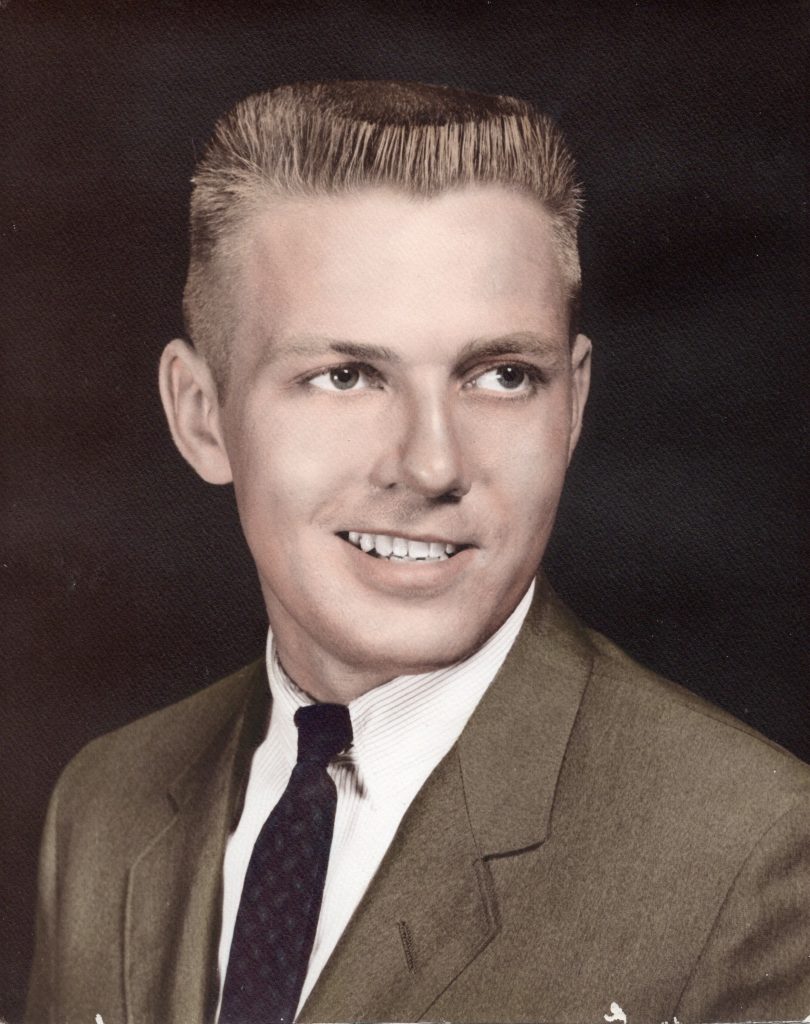 Robert Monroe “Bob” Tipton, of Richmond, VA, passed away Sunday, December 29, 2022 with his loving partner, Patricia, by his side.

Bob was born January 22, 1938 in Colonial Heights, VA in the family home. He was known to be adventurous in his teen years with plenty of stories of he and his buddies hitchhiking to Florida and Virginia Beach. After graduating from Petersburg High School in 1955, Bob served in the United States Marine Corps.  He next went on to get his undergraduate degree at Richmond Polytechnic Institute (now VCU) and then his doctorate in psychology from the University of Missouri.  Bob was a psychology professor at Virginia Commonwealth University for many years where he served as Psychology department head and graduate student adviser. After retiring from VCU as a Professor Emeritus, Bob continued to work as a consultant for various businesses such as Virginia Linen Company, Dominion Energy North Anna Power, and the State of Virginia as a profiler for the state police.

Bob was an avid VCU Rams basketball fan and rarely missed a home game. He had a passion for sports cars and riding motorcycles in his younger years. Bob loved being on the water: fishing, canoeing, sailing or just relaxing on the beach. He also enjoyed traveling over the years to such destinations as France, Italy, and Amsterdam, as well as many of the states. Among his many talents, Bob was an excellent carpenter and loved working on construction projects including building his own home in Colonial Heights and, most recently, a Carolina Dory named “Bobby’s Girl”.  Most of all, Bob enjoyed spending time with his family and many friends, some of whom he has known since childhood.

Bob was preceded in death by his parents, Glena and Omer Tipton, and his sister, Ruth Powers. He is survived by his life partner, Patricia Tiernan; daughter, Lisa Miller (James), their children, Clayton, Abigail and Camille; son, Paul Tipton and his daughter, Peyton; nad mother of his children, Rose Tipton.

A private memorial will be held by the family. For those who wish to make a contribution in remembrance of Bob, we suggest the Leukemia & Lymphoma society:  https://www.lls.org/ or your charity of choice.