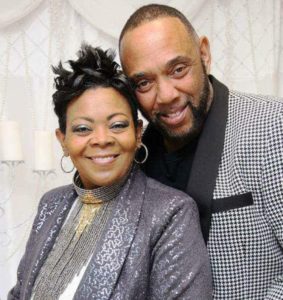 Sgt. Robert (Bobby) Oliver Robertson entered into eternal rest on September 19, 2019 after a brave battle with cancer. He was a loving and devoted man of God, husband, father, brother, and friend; he never met a stranger. He served in the U.S. Army Active Duty, Reserve Duty, and did two tours in Iraq. He was a devoted Christian who loved the Lord and all of his people. He did missionary work in the USA, Africa, Dominican Republic, Haiti, and Mexico.

A visitation is scheduled 6-8 p.m. on Wednesday, September 25, where the family will receive friends at Affinity Funeral Services, Richmond Chapel, 2720 Enterprise Pkwy, Richmond, VA 23294. A celebration of Robert’s life will be held at 12:00 p.m. on Thursday, September 26, at the funeral home chapel.

In lieu of flowers, contributions may be made in Robert’s honor to the Colorectal Cancer Alliance at https://www.ccalliance.org/donate