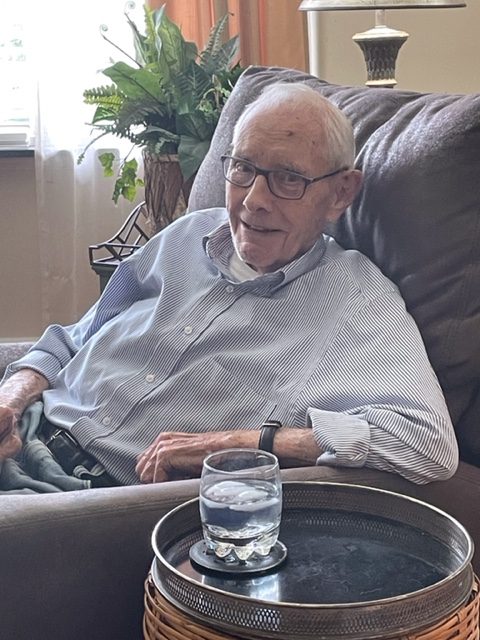 A TRUE GENTLEMAN FROM THE GREATEST GENERATION

August 16,2022 was the glorious day when Bob, age 92, was finally reunited with the love of his life, his wife, Betty Jo. Also, there to welcome him home was his brother, Bill Stewart; his beloved only son, Michael Preston Stewart; and his granddaughter, Kelly Jett Kirkham. Those who remain to miss him include his sisters, June Wood and Michiko Stewart; his granddaughter, Sarah Kugel(Tye); his great grandchildren, Preston and Madi Kugel; and his daughter Lisa Jett Johenning.

Bob would want you to know he loved his family, the Marine Corps, playing football for his beloved Randolph Macon College, flying airplanes and spending time in Las Vegas. He played racquetball until he was 84 at Randolph Macon College with his crew, Lauren, Reber, John and a host of students over the years. He enjoyed working math and physics problems and spent a minute on the stock market.

Bob remained friends his entire life with his two high school buddies, Sol Block and Ted Potts. His dear friends of over 60 years, Bill and Jean Clark spent many vacations together and I’m sure he and Bill are looking for a casino together. He also had two very dear friends, who called him “daddy boyfriend”, Amy L Coleman and Vivian R Hill. He loved those girls!

Memorials may be made to Randolph Macon College.