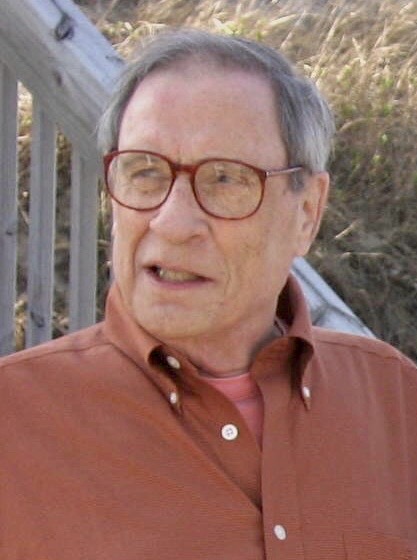 Roger Clark Applegate, 88, died peacefully after a long illness on Saturday, March 7. He leaves behind his wife, Suzanne, four children and their spouses, 7 grandchildren and 1 great grandchild. After graduating from University of Michigan, he joined IBM, mastering new technology called mainframe computers and serving as a systems engineer during his 40 year career with the company. (After retirement, he switched allegiances and became the iMac expert for the family). He served in the Army during the Korean War, helping to decipher enemy codes. He had a lifelong love of music, and as a young man sung in a barbershop quartet and in a choir that was guest-conduced by his favorite conductor, Robert Shaw. He found comfort in nature, a good book, and a loving pet. We will miss his intelligence, his dry sense of humor, and his many quiet acts of kindness we called his “bluebirds of happiness.”