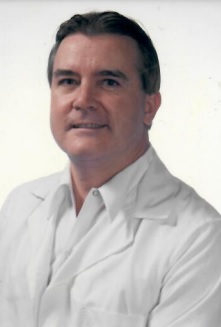 Ronald Douglas Lees was born to Edith (Blackington) and Philip Lees in Florida.  In his early childhood, his family moved to West Springfield, MA where he finished his primary education.  With wonderful support and Mentors, Ron went to UMass where he received his degree in Chemistry.  He had several offers of employment but chose to work for Hercules.  He stayed with that company for 26 years and was an important part of 10 different patents being granted.  Ron loved to learn and discover new things, and this drove him to leave Hercules and become a Professor at VCU.  He brought his unique way of teaching and encouraged his students to work hard for their education.  Ron realized while there that he’d rather learn than teach. So, he quit teaching to become a student again. Ron graduated from VCU in 1992 with a bachelor’s in medical science. Ron loved to travel and went to many destinations around the world with his favorite being Machu Picchu. Ron loved to read and do crossword puzzles and hated the internet. If you knew Ron, you knew that.

Ron is predeceased by his parents; and his brother, Bob. He was also predeceased by his step-parents, Alberta and Howard; his brothers, Howard, John, and Rowland; and his sisters, Jane and Roberta.  He leaves behind a blended family of siblings Frank, Terry, David, Phil Jr, Karen, and Lori. Ron also has many cousins, nieces and nephews, and their children who will miss him tremendously.

He loved much and touched many people, and he will be sorely missed by his close friends Mark, Janet, Rhonda, Jodie, and Greg.

In lieu of flowers, donations can be made in his name to UMass Amherst or VCU general donation funds. He owed much of his success and happiness to these colleges and spoke fondly of them always.

A funeral will be held in Wilmington DE and then a memorial service in Massachusetts.