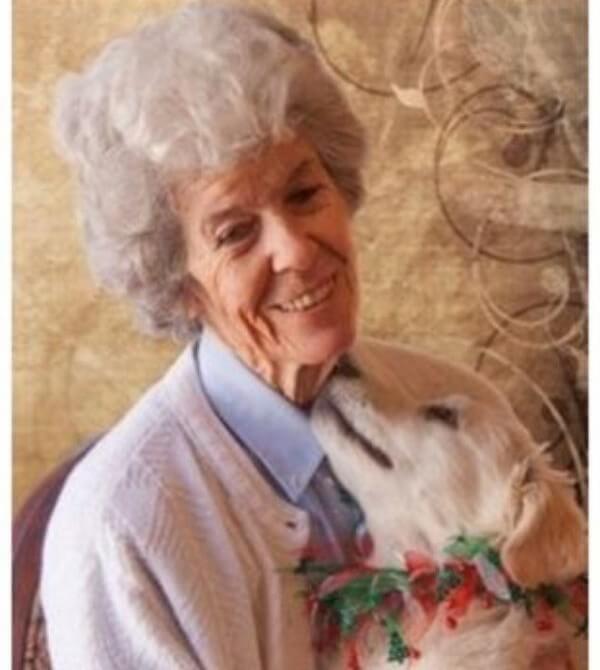 MOORE, Shirley Kruck, age 89, passed from this earth on December 7, 2018, after a long battle with dementia. She was born in Richmond, Virginia, on September 10, 1929. After Shirley graduated from Thomas Jefferson High School, she immediately went to work at North American Insurance, where she stayed for many years before moving to Houston, Texas, in 1979. There, she worked at Exxon Chemical’s corporate office as a secretary for top executives until her retirement in February of 1996, after which she returned to live in Richmond. Shirley loved her family and enjoyed visiting the Rappahannock River with them. She also loved rescue dogs of every shape, size and color, having adopted many over her life. Shirley was known to be kind and caring, and she will be missed by all those whose lives she had touched. Shirley Kruck Moore was preceded in death by her parents, Frank Kruck and Eleanor Deaton Rhodes Kruck; her four sisters, Margaret Pace, Lillian Asher, Eleanor Alderman and Pauline Lightfoot. Shirley is survived by her children and their spouses, Richard and Carole Moore and Kimberly and Acrey Nicholson; her stepson and his wife, James Moore Jr. and Chelsea Moore; five grandchildren, Acrey (Nick) Nicholson III, Jacob Nicholson, Marc Magnuson, Eric Moore and Meagan Moore; many nieces, nephews, grandnieces and grandnephews; and her dearest longtime friend, Marion Brintley. A graveside ceremony will be held at 1pm on Wednesday, December 12th at Riverview Cemetery. In lieu of flowers, please consider donating to dementia research or your local animal shelter in Shirley’s name.