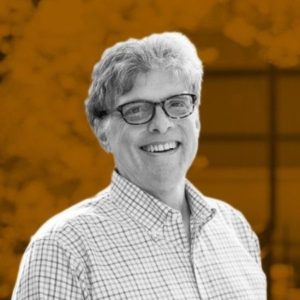 CAVALIERI, Stephen Lewis , 61, of Richmond, VA, left this earth on July 6, 2019, surrounded by family at Henrico Doctors Hospital, after fighting a long battle with cancer with his tenacious bulldog spirit.

He was preceded in death by his father, Albert Cavalieri. He is survived by his devoted wife, Susan; his three daughters, Natalie (James), Julia, and Olivia; his mother, Wanda; and his sisters, Denise Fike (Lane), Marie Floria (Ronnie), and Celeste Ellenberg (Mark).

Married for 39 years, Steve and Susan began dating their senior year at Council Rock High School in Newtown, Pennsylvania, where Steve was voted “Most Likely to Succeed” by their graduating class of 1975. Steve manifested this success in countless ways throughout his life. He went on to attend the University of Pennsylvania, where he became a university scholar, graduating medical school in 1982. Following medical school, Steve served as a primary care physician with the National Health Care Service in a severely underserved community in Lawrenceville, Virginia.

In 1989, Steve and Susan moved from Philadelphia to Richmond when Steve joined the Associated Internists, Inc. practice at St. Mary’s Hospital, where he practiced internal medicine and garnered the adoration of his patients for 13 years. His wonderful bedside manner and astute diagnostic intellect made him a favorite personal physician for many of his physician colleagues.

When his own health precluded continuing his beloved clinical practice, he continued his dedication to improving health by turning his focus to serving larger populations of people. In 2002, he joined Coventry Healthcare as Senior Medical Director, enhancing his clinical career with national level managed care leadership, and eventually becoming Corporate Vice President of Medical Affairs for Medicare programs during his 11 year tenure.

From 2014 to 2016, Steve was Chief Medical Officer at inHEALTH, a division of the Central Virginia Health Network, while also serving as a consultant for the Bon Secours Health System. In 2016 he became Senior Vice President and CMO at Envera Health, empowering health systems to deliver their best patient care. Despite the challenges from his chronic illness, in 2017 Steve founded his company, Value Health Insights, LLC, a healthcare consulting firm providing insight and support in the new environment of value based care. Throughout his career, he became a highly recognized leader and visionary in developing care management programs that better engage patients, physicians, and health systems to enhance quality of care — something that no one else was doing.

Despite all of his professional milestones, Steve frequently reminded his family that his proudest accomplishment and greatest joy in life was having and raising his three daughters. A modern day Renaissance man, Steve did and loved it all. His interests spanned a vast and unusual spectrum of mathematics and science, music and poetry, food and wine, sports cars and motorcycles, yoga and meditation, philosophy and art, gardening and travel. He savored each sip of Cabernet, summer vegetable harvest, strum on his banjo, fascinating conversation, or new piece of information with the same joyful fervor, pouring his hallmark passion into any topic that intrigued him, until he knew everything there was to know.

Perhaps above all, his biggest passion was people — connecting to them on a deeper plane of understanding, fostering a rare type of human connection, and conversing even with perfect strangers in his most genuine, heartfelt way. An eternal student and teacher, instant friend, diehard romantic, and playful comedian, many call upon Steve’s inquisitive mind, infectious laugh, gregarious spirit, inspiring wisdom, and childlike enthusiasm.

He vehemently believed that living a great life begins with the Golden Rule: do unto others as you would have them do unto you. He followed this principle until the very end, working tirelessly to reach the fullest possible expression of himself, and encouraging others to do the same.

A celebration of Steve’s life will be held at St. Michael’s Catholic Church on Friday, August 9th. Visitation will begin at 10am, with service at 11am and reception to follow.

In lieu of flowers, donations can be made to the Cutaneous Lymphoma Foundation online at https://www.clfoundation.org/giving-online or by mail at PO Box 374, Birmingham, MI, 48012.