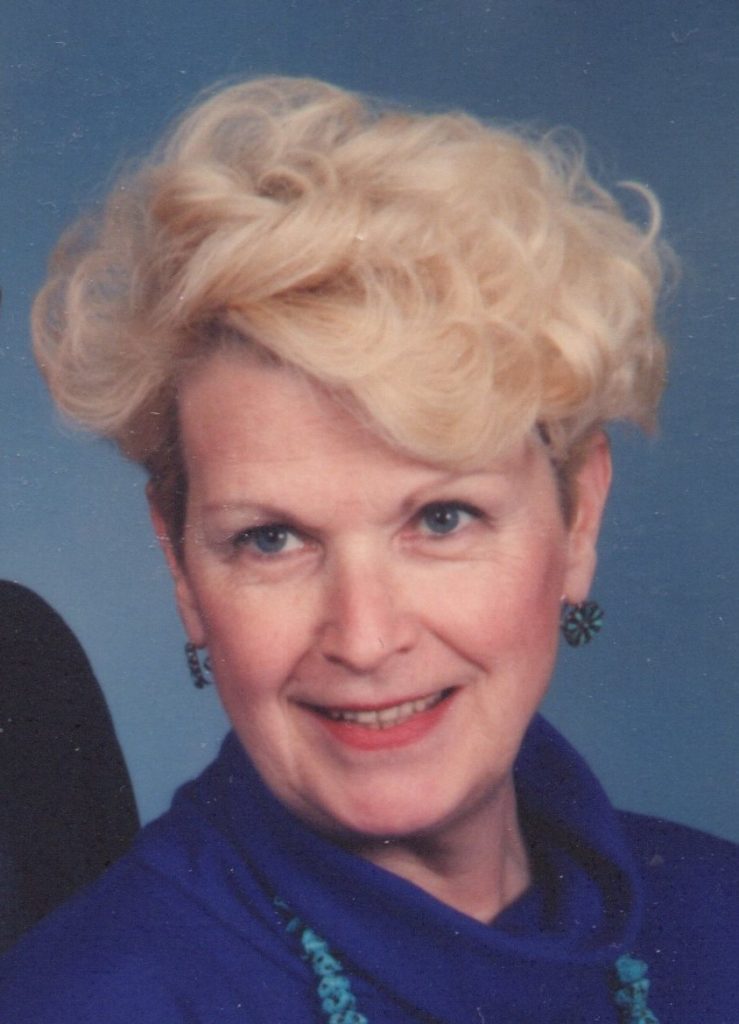 She was preceded in death by her parents, William Oliver Whitford and Ellen McGlade Whitford; her brother, Bill Whitford, her sister-in-law, Mary Lou Whitford; and her beloved husband of 70 years, Robert “Bob” Edward Fetherston.

Sue continuously maintained a positive outlook, and her delightful personality enabled everyone around her to always feel cared for and welcomed. She leaves behind to cherish her memory her four children, Bob (Honor), Scott (Charlotte Salomon), Carol Payne (Tim), and John (Robin); three grandchildren, Alexandra Porush (Ben), and twins, Joseph and Ellen; and one great grandchild, Kaete Porush; along with two sisters, Ruth (Ron) Schaps, and Cathy (Greg) Caswell; and two nephews, Bill Whitford and Milton Whitford.

Born and raised in Janesville, Wisconsin, Sue later became a home economics major at Milton College, where her great grandfather, the Rev. William Clarke Whitford, had served as president for 34 years. While singing with the college choir she got to know her future husband, Bob Fetherston. Their growing attraction to each other blossomed when during a group outing, Sue walked directly over to Bob and sat on his lap. Their life together took them to Presque Isle, Maine; Holland, Michigan; Phoenix, Arizona; and to Lynchburg, where they remained for 42 years and continued their singing with the Lynchburg Fine Arts Center Chorus, known now as the Jefferson Choral Society.

Everywhere they lived, Sue was known as a superb cook, one whose mother had trained her as a child. Her recipes had been passed down from relatives and also featured her unique twists on dishes found in Wisconsin such as Norwegian Lefse and British Lobscouse, as well as those enjoyed in the Southwest and Mexico. A family favorite, “Aunt Sue’s Chocolate Cake,” named after an older relative, was accompanied by homemade whip cream and even won over stubborn non-chocolate lovers. Once or twice a week, Sue would grind her own wheat to bake bread, making it look as easy as pouring milk on cereal.

She was also a gifted artisan with a creative drive. After working in retail for Francis Kahn, she opened her own store in Lynchburg called Suzanne’s Knitting Shoppee, where she designed, produced, and sold sweaters and was often seen teaching small groups how to knit. The store also offered skeins and yarn kits, many containing hand-dyed yarns from Wales. Several times each year, both Sue and Bob set up booths displaying her wares at yarn shows across the country. She managed and worked in her store for 31 years, retiring at age 83.

The family would like to extend a special thank you to the staff at Chestnut Grove for their wonderful care of both Sue and Bob during their final months.

A memorial service for Sue will be held on Tuesday, June 21, 2022, at 2:30 p.m. at Affinity Funeral Service, 2720 Enterprise Parkway, Richmond, VA 23294. The family will receive friends prior to the service, beginning at 2:00 p.m. A reception will follow the service at Rare Olde Times, located in Canterbury Shopping Center, 10602 Patterson Ave, Henrico, VA 23238.

Donations may be made in Sue’s honor to The Knitting Guild Association on its donation page at tkga.org/donation. Questions about mailing checks may be emailed to [email protected]