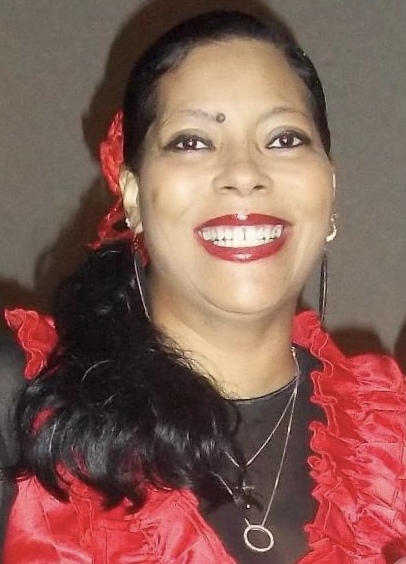 Theda Marie Bonner entered this life on December 9th, 1962 in New York, NY while her family was vacationing; however, she was raised and lived in Richmond, VA.  She was the daughter of the late Helena Bonner Bell and Charlie Brown. Theda was preceded in death by her Grandmother who helped raise her, Pauline Bonner; one son, Tylen Bonner, and her brother, Leslie Bell.

Theda was educated in the Richmond Public School System and graduated from Thomas Jefferson High School in 1981. After high school, she attended Virginia Union University before enrolling in Beauty School where she fell in love with cosmetology. Theda was a beautician for more than 25 years, working at Waves on Leigh, Mahogany Ladies & Gents, and then later opened her own in-home salon, Theda’s Hair Improvement. She also worked in customer service for Capital One for several years.

Theda was a dedicated mom, and not just to her daughter Teal, but to all entering her life.  She was a mentor, big sister to many, and a faithful friend to others.  Theda was admired for her loving and kind spirit and would open her home to everyone.  Her love of music and singing brought happiness to all around, especially when she would burst into song at a moment’s notice.  On more than one occasion, you may get a side of Zhane’ or a fresh batch of margaritas with your wash and set.  The laughter from her salon can still be heard.  Theda touched so many lives with her kindness and infectious personality.  She held her relationships close and treasured them.  As many of you reading this can attest to becoming lifelong friends and family.

To know Theda was to know her strong will, and throughout her battle with cancer, she persevered through her journey.