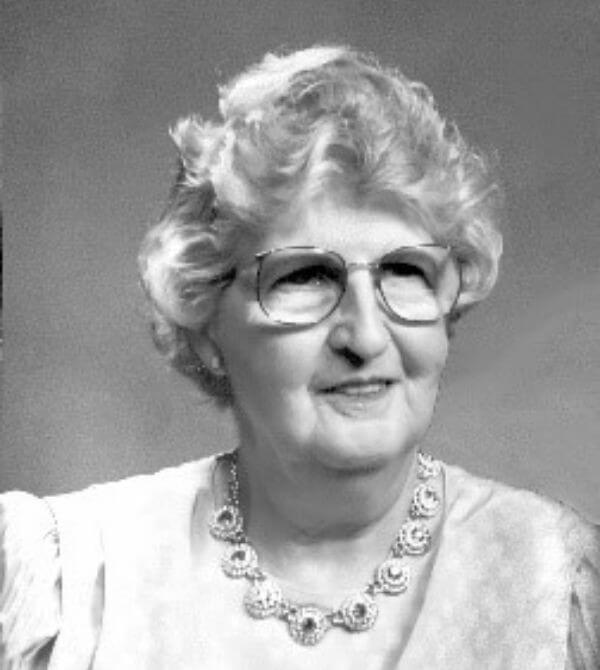 Jones, Theresa Evelyn DesAutels, 92, of Henrico died November 20, 2018. Theresa, a native of Nashua, NH, was the daughter of Ovila and Corinne (Guerette) DesAutels. Theresa worked as a bookkeeper after graduating from Nashua Business College. In 1951, she married James Jones and spent 16 months post-honeymoon separated by the Korean War. Theresa and Jim had five children in Charlotte, NC before moving to Richmond.

For 25 years, Theresa provided home daycare, charging parents what they could afford. She was also active with religious education at St. Bridget Church. Theresa was a strong-willed woman, who grew roses and vegetables and shared her secrets for organic gardening.

Jim prepared the way for Theresa when he passed four months earlier.

Special thanks to the staff of Morningside in the West End for allowing Mom to journey through Alzheimer’s with dignity and compassion for the last 2 ½ years.

Memorial contributions can be made to local Christmas Mother programs, as Theresa loved the Christmas season.

The family will receive friends from 6 to 8 p.m. on Monday, November 26 with a vigil to start at 7:30 p.m., at Affinity Funeral Service, 2720 Enterprise Pkwy, Richmond VA, 23294. A funeral Mass will be celebrated at St. Bridget Catholic Church on Tuesday, November 27, at 10 a.m. Burial will be at Virginia Veterans Cemetery, Amelia.