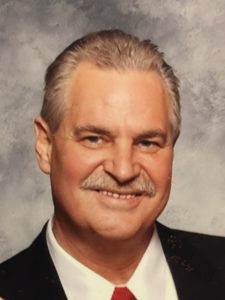 Thomas Allan Jones, 67, lifetime resident of Henrico, went to be with the Lord on December 1, 2019.

Tom loved God, family and country above all else. He lived for his turkey hunting trips, camping with the girls and sharing his passion of shooting and nature, riding his Harley, and anything that involved his wife, Jeanne. He was a lifetime member of the NRA and an absolutely devoted husband and father. He owned and operated Thomas A. Jones Plumbing and serviced the Richmond area from 1981 until 2011. He was very proud of being a Master Plumber and being able to fix almost anything with his own hands. His strength and graciousness navigating the last 8.5 years of his life were an inspiration to anyone who knew him during that time.

He is survived by his wife of 38 years, Jeanne Weeber Jones; his daughter, Kathleen Alexandra Jones; his god-daughter, Darla Hein; and his aunt, Arlene Jones. He was preceded in death by his parents, John Lauer Jones Jr. and Marian Jones; and his sister, Lauren Elizabeth Jones.

A visitation/celebration of life will be held at Affinity Funeral Service – Richmond Chapel on Saturday December 7 from 3 to 5 p.m.