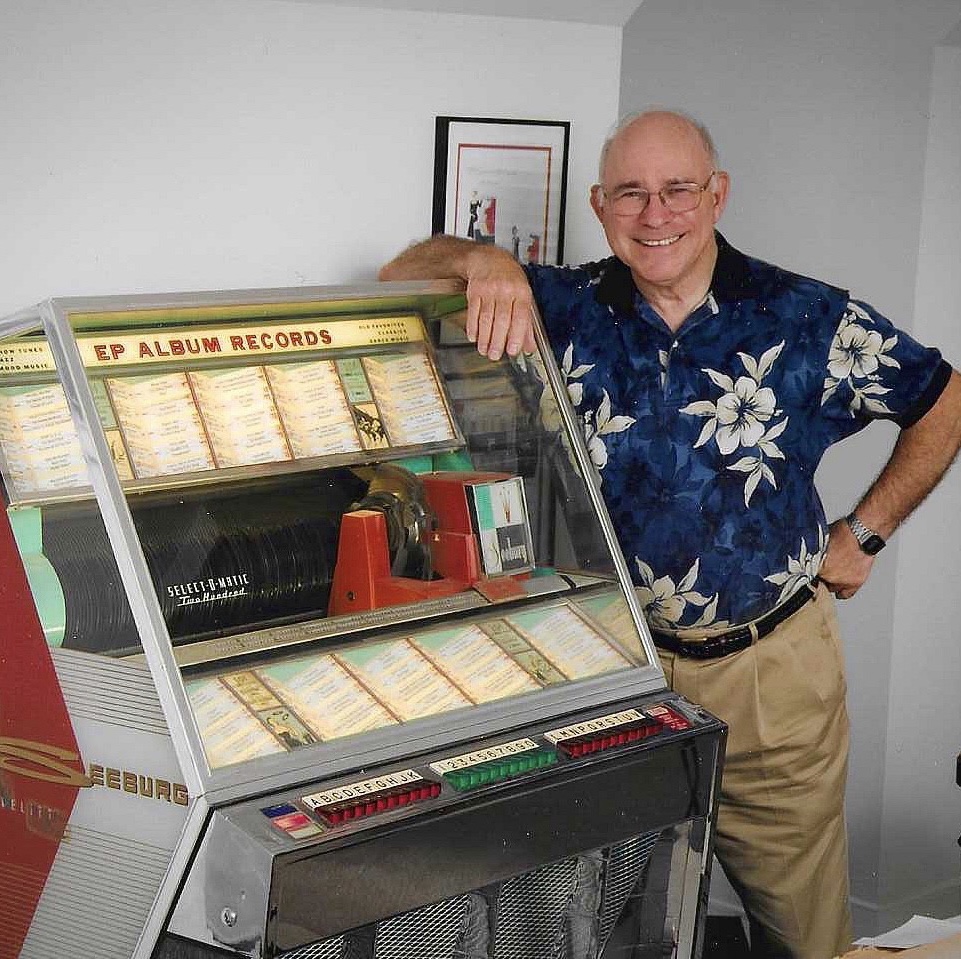 In childhood, he developed his passions for baseball, history, and the arts. He met his lifelong friends in elementary school, forming the quadrumvirate of Tommy, Johnny, Ronny, and Donnie. Tom is the first one to pass.

He played clarinet, acted in high school theater productions, and worked backstage at his high school theater, a place where all major concerts in the area were held. Here he met many musicians, including Jerry Lee Lewis, who asked Tom to give him information about a few of the more attractive women in the audience.

In 1958, he was accepted to West Point Military Academy, where he claimed to only have learned “Spanish and how to fire a cannon.” After two years, he transferred to UVA where he graduated with a Mechanical Engineering degree and, as he joked, with only a nickel in his pocket that lasted him throughout his two years.

After graduating, he started his working career for General Electric, which moved him to Newport News, VA. While there, he met his wife, Judith “Judy” Bright…or more accurately, stole her from his neighbor, whom she was dating at the time. They married in 1967, and welcomed their first child, Alan Clay. From there, he transferred to Virginia Power in Richmond, VA where they welcomed their daughter, Melissa Thomas.

With two friends from Virginia Power, they formed the Virginia Corporation of Richmond, where they created the ALARA 1, the ultimate in automated ultrasonics. Afterwards, he transitioned to Reynolds Metals where he ended his working career.

During his tenure at Reynolds Metals, he was asked to test the Space Shuttle for any structural cracks. He joked that there weren’t many jobs where NASA was waiting for you to decide whether $12 million dollars of fuel would be wasted by a cancelled launch.

He was a charter member of the Old Dominion section of the American Society for Non-Destructive Testing (ASNT) and sat on the International Standards Committee, where they wrote the standards for non-destructive testing. He traveled all over the world with these groups: China, Taiwan, Japan, South Korea, Australia, Germany, India, South Africa, France, Italy, Spain, Denmark, the Netherlands, and the UK.

While working, he also engaged in many of his other passions: tennis, baseball, theater, baking, music, family history, Dad jokes (where some may argue he was the mother of all Dad jokes – pun intended), and his pets.

A passionate fan of baseball, he started coaching Tuckahoe Little League Baseball when his son Alan started playing, but continued coaching for 10 years after, mentoring many kids in the Henrico County area. He was proud to see the love of baseball continue with his grandson Shepard, who played most recently for his high school team.

His love for the theater also echoes through his other grandson Sage, who is now attending college for a performing arts degree.

A self-taught cook and baker, he was famous for his soups, cakes, pastries, and baked goods, even creating some of his own recipes. He loved a good party, whether an intimate dinner party, where he could try out new recipes for friends, or a big shindig that usually revolved (or devolved) around eating, drinking, and dancing around his jukebox, another passion. The highlight of the season was always his Christmas Eve party, where everyone clamored for his cream of mushroom soup and his stunning cakes.

He loved music from all eras. Classical music and jazz were played on the more refined stereo, while rock n’ roll played from one of his restored jukeboxes. Until the very end, he held a grudge against The Beatles, as he claimed they killed oﬀ his favorite genre of music, doo-wop…yet his children are still finding Beatles’ 45s tucked away in his collection.

Tom could always find the humor in just about anything and encouraged this trait in his children and grandchildren. He loved the challenge of the word play involved in creating a good quip and rejoiced when his children and grandchildren’s inherited sense-of- humor erupted during awkward moments. Many family nights revolved around one- upping each other’s jokes. When his daughter Melissa lived in London, many confused Brits couldn’t understand a Yank having a dry sense-of-humor, which she attributed to her Dad, and he often asked her to repeat this to him, as it always made him chuckle heartily.

Of course, this just barely touches on everything that made Tom unique. He will be dearly missed by his family and friends.

A viewing will be held from 6 to 8 pm Tuesday, July 19 at Affinity Funeral Service, 2720 Enterprise Pkwy, Richmond, VA 23294. A funeral service will be held at 2 pm Wednesday, July 20 in the funeral home chapel. Interment will be private.