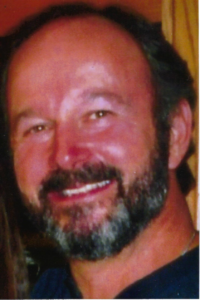 Thomas Matthew “Matt” Crisp of King George passed away unexpectedly in Richmond on January 14, 2020.  He was born October 7, 1960 to Melvin E. Crisp, Sr. and Kathleen Boswell Crisp.  He was the youngest of ten children.  He was preceded in death by his parents and his brother Melvin Eugene Crisp, Jr and sister Becky Elizabeth Crisp.  He is survived by his daughter Danielle Daniel (Eric) of Corpus Christi, Texas and his beloved granddaughters Lillian and Penelope.  He is survived by his brothers Harry (Bobby), William, John and James Crisp and sisters Margaret Martin, Mary Feagin, and Irene Gordon. Additionally, he is survived by a number of nieces and nephews and by his friend Lynne Luden.

Matt graduated from James Monroe High School where he was an outstanding athlete and student.  He went on to play football at Ferrum College.  He received a degree in architectural studies.  Matt became an independent builder and built a number of homes in the Fredericksburg area.

A memorial service and burial will be held for Matt at a later date. Contributions in his memory may be made online to the Boston University CTE Research Center.