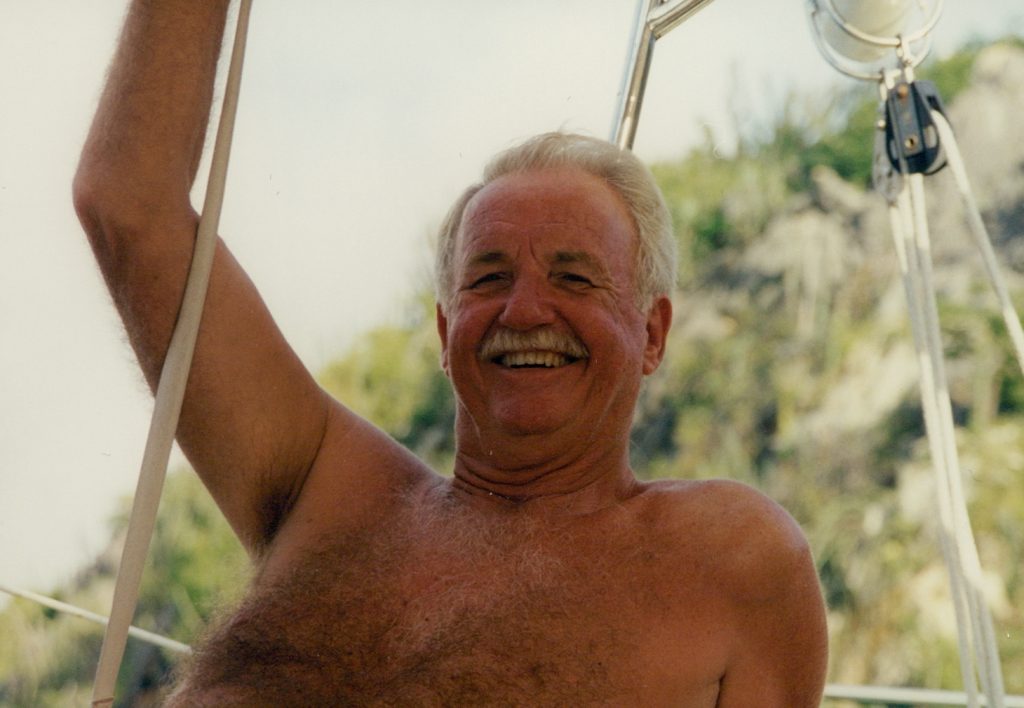 Thomas Willis Davis, 89, died peacefully October 29, 2022, at his Mechanicsville, VA home surrounded by his loving family. He was born May 14, 1933, in Beaufort, NC, the son of William Thomas Davis and Ethel Willis Davis.

In addition to his parents, he was preceded in death by a brother, William Thomas Davis Jr; and a granddaughter, Jessica Chadwick.

Tom graduated from Beaufort High School in 1952 and joined the United States Coast Guard, serving four years as a sonorman. Following the USCG he attended North Carolina State University where he earned a degree in Industrial Engineering. Tom was President of the National Industrial League, Tau Beta Pi, and a member of the engineering fraternity Alpha Pi Mu. He worked for Armstrong World Industries his entire career, retiring in 1992. He owned Banjo Charters in Oriental, NC, and captained the sailing vessel Banjo. He and his wife Donna lived aboard full-time in the Caribbean for 12 years. Following their time in the Caribbean, they resided in Zolfo Springs, Fl, and Hendersonville, NC before moving to Mechanicsville, VA.

Tom was a faithful member of First United Methodist Church, Hendersonville, NC. He was proud of his familial heritage as a Davis Shoreman where his family settled in Davis, NC in 1617. He was a devoted and grateful member of Alcoholics Anonymous for 37 years and previously served on the Board of Directors at Fellowship Hall, Greensboro NC.

Tom loved his melded family, a fiercely loyal and devoted father and grandfather. He derived great joy from sharing his love of boats, the sea, and the mountains with family and friends. He will be sorely missed.

Those who wish to remember Tom in a special way may make gifts in his memory to Operation Smile by calling 888-249-3797 or accessing the website.