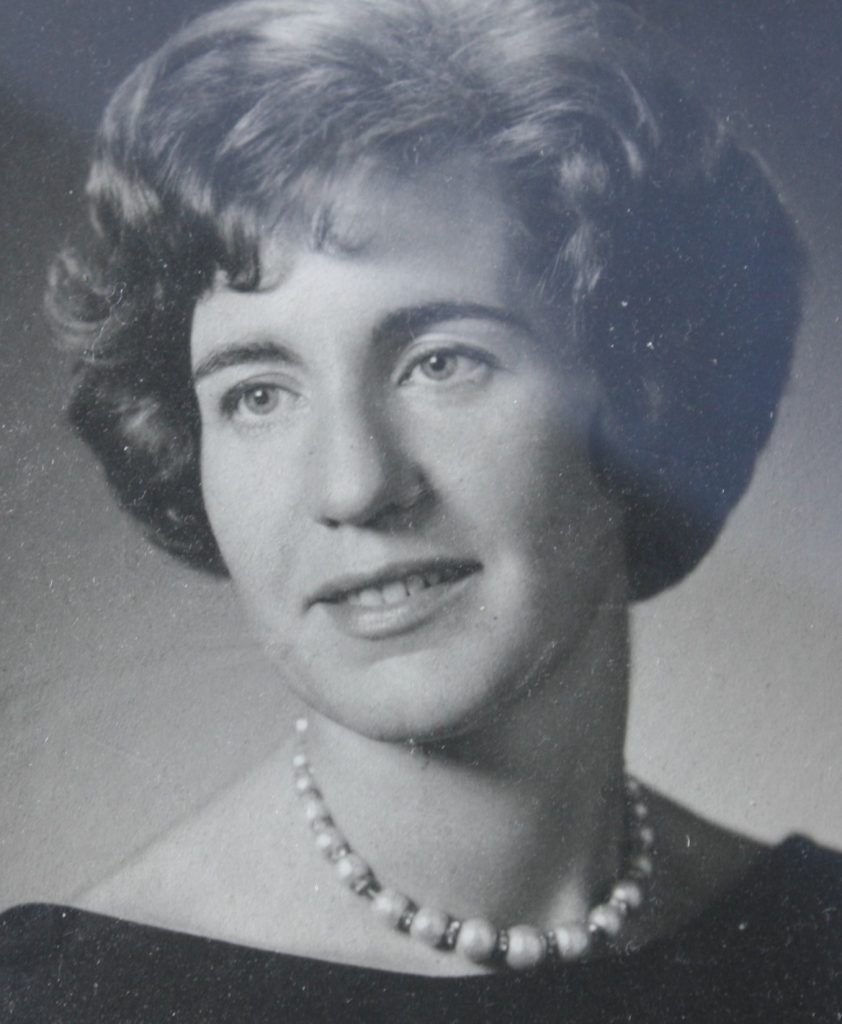 Virginia Mary Ritchie Davis passed away December 9, 2021, following a brief illness. She is survived by her children, Isabella Worrell (Glenn) and Nicholas (Meredith); grandchildren, Kristen (Chris), Taylor (Jack), Peyton, and Libbie; and a great-grandson, Waylon; a brother, Andrew Ritchie (Janet); as well as a large extended family in England and British Columbia. Virginia was born December 30, 1929, in Washington, DC to James Stuart McLaren Ritchie and Joan Karslake Ritchie while her father was stationed here as the Naval Attaché to the British Embassy.

Virginia’s fluency in French, German, and Italian, and her lifelong love of travel developed into a career in the travel industry until she emigrated to the US to marry the Reverend Gordon Bell Davis in 1963. They enjoyed almost 56 happy years together before his death in 2020. She was dedicated to her children and a devoted “Granny” to her grandchildren. She dearly loved gardening, taking walks, sports (swimming, tennis, and skiing), flowers, her dogs, music, travel and was an extensive letter writer to her family and friends around the world. It was so important to her to keep up with family and friends. She was an avid volunteer at St. Stephen’s and also took great pride in tutoring elementary children in Richmond City. Although she became a naturalized US citizen later in life, she remained completely British at heart and never lost her beautiful accent.

A celebration of her life will be held at St. Stephen’s Episcopal Church, 6000 Grove Avenue, Richmond, Virginia 23226 on Wednesday, December 22, 2021 at 11:00am. Her service will be live streamed at www.ststephensrva.org/memorialstream. Her family will miss her immensely and ask that in lieu of flowers please consider a donation to St. Stephen’s Church or the Alzheimer’s Association.