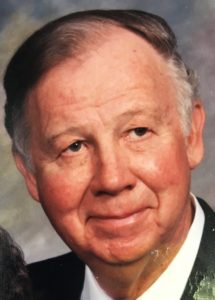 Wilbur was raised on a tobacco farm during the Depression, where he learned the value of hard work at a young age. Like many boys of that era, he caught aviation fever and was a lifelong radio control airplane enthusiast.  He served in the US Air Force from 1950-53 attaining the rank of staff sergeant. Wilbur and his beautiful bride Betty were married in 1953, after which he attained a BA from Wake Forest College, a divinity degree from Southeastern Baptist Seminary and eventually a BS from UNC Chapel Hill. He served as pastor of St. John’s Baptist Church in Princess Anne, VA. He also worked for the Southern Baptist Denomination at the Sunday School Board, Southeastern Baptist Seminary and the Foreign Mission Board. Following his retirement, he worked in real estate.

Wilbur cherished his family. He and Betty were always available to help children and grandchildren with everything from moving to babysitting, from answering “how to” questions to just listening. In addition to being a deeply committed Christian and active member of First Baptist Church, he loved RC modeling, home-grown tomatoes, and Betty’s cooking, especially her banana cream pie and home-made ice cream.  He was a “fix-it” guy who could rig up repairs with items he had on hand, and he loved to tinker with inventions. His loving presence in our lives will be greatly missed.

The family wishes to thank the Memory Care and Assisted Living staff at Discovery Village and the Encompass Hospice Team for their gentle, compassionate care.

In lieu of flowers, donations may be made to the Ministry of Christian Community at First Baptist Church, 2709 Monument Avenue, Richmond, VA 23220.

The funeral will be held Saturday, June 15 at 2:30 PM at First Baptist Church. Visitation prior to the service will be at 1:30 PM.