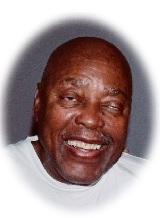 As a child, Wilford was raised in St. John, U.S. Virgin Islands with his maternal aunts Alice and Alicia and a host of cousins. At the age of eight years old, Wilford moved to Puerto Rico for his formal education and subsequently became fluent in Spanish. Upon graduation from High School, Wilford joined the Army at the age of 19. He was stationed at Fort Buchanan in Puerto Rico. There he met his first wife Ruth Vicars. From this union, three beautiful children were created: Darril, Roy, and Debbie.

Wilford was known to his friends as “Willie”. Wilford served valiantly in the Korean War from 1950-1954. He was severely injured in the line of duty which left him disabled for the duration of his life. Wilford married his second wife Alice Brown George after relocating to New York City. He lived there for over 40 years. He took on the role of father to Alice’s three boys Christopher, Michael, and Eric; together they created two daughters Natalie and Sandra. Wilford was a musician and sang with several calypso bands from the late 50’s to 60’s. He always sang for every family gathering in Spanish and English. Wilford was an incredible cook. He enjoyed creating a variety of unique dishes such as stewed sardines and Fungi. Another favorite pastime of his was competitive horse racing; his favorite race was the Kentucky Derby. After the death of his beloved wife Alice, Wilford’s health began to fail. He went to live with his stepson Eric and his wife Shelly in Virginia; who took excellent care of him until his passing on April 12, 2021.

The family will receive friends from 5 to 7 pm Thursday, April 29 at Affinity Funeral Service – Richmond Chapel, 2720 Enterprise Pkwy, Richmond, VA 23294. A funeral service will be held at 3 pm Friday, April 30 in the funeral home chapel. Interment will be at 11am Monday, May 3 at the Virginia Veterans Cemetery in Amelia.