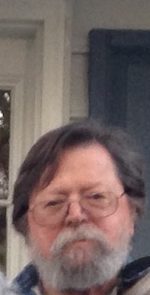 William David “Dave” Burgess, 73, of Charles City passed away on Monday, February 24, 2020.  Dave was born in Oak Hill, West Virginia, on September 19, 1946.  Dave was a veteran of the United States Air Force.  He enjoyed traveling and was a truck driver for over ten years.   He loved playing a variety of musical instruments and especially enjoyed Blue Grass.  Most importantly, he loved his home and spending time with his family.

In lieu of flowers, memorials may be made to West End Assembly of God.