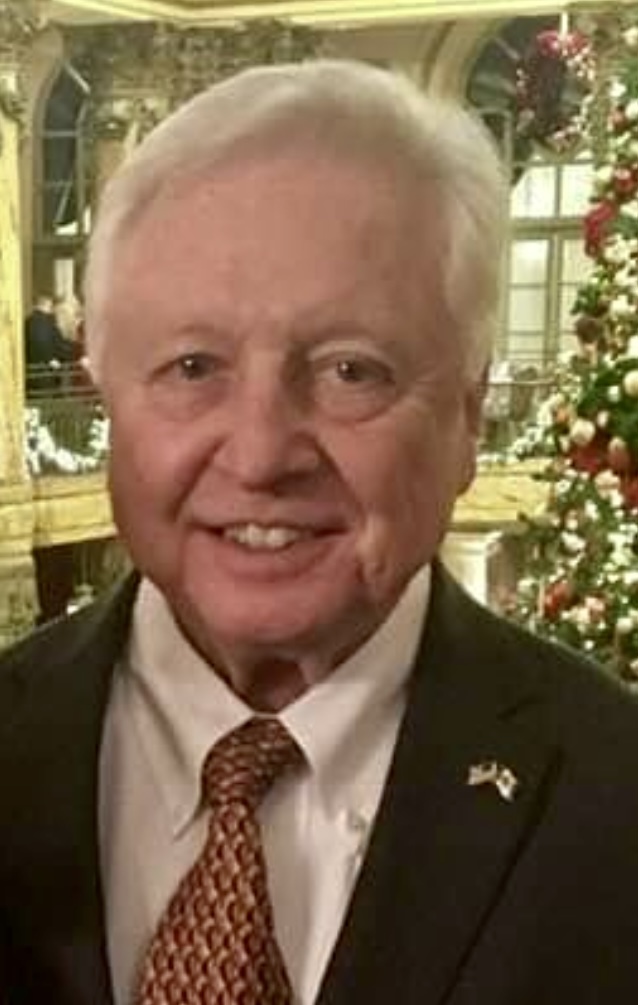 William Lewis Smith, 80, of Richmond, died December 23, 2022, after a courageous battle with cancer and other health issues attributed to his exposure to agent orange, while serving in Vietnam 1966-1967. Bill, known for his signature smile, was the consummate gentleman—caring, kind, witty, appreciative—a quiet spirit who loved and lived life to the fullest.

A graduate of Hermitage High School and Virginia Tech, where he majored in architecture, Bill served as a member of the VT Corps. Lt. Smith served in the Corp of Engineers in Vietnam, where he was awarded the Bronze Star. Later he was assigned as a Combat Engineering Instructor at Ft. Belvoir, earning the Army Commendation Medal. After returning home from active military duty, Bill first worked for architect Fredrick Hyland and later went on to become a 20-year partner with Highfill-Smith Associates, founding partner of Courtside West and longtime member of AIA.  He served as the Deputy Director of General Services for Henrico County from 1991 to 2011.

Living life by his favorite scripture, Micah 6:8, “And what does the Lord require of you? To act justly and to love mercy and to walk humbly with your God,” faith and the church were always important to Bill. He grew up at Hatcher Memorial and after marriage moved to Staples Mill Road Baptist, where he and Linda served as youth leaders and taught Bible study class. For the past 40 years, the Smith family has been active at Derbyshire Baptist, with Bill serving as a Deacon, president of Bible study classes, and an integral part of numerous church committees, including Pastor Search, 360 Vision and the Sanctuary reconstruction.

A lifelong love of sports began in high school for Bill, where he was on the football and track teams.  Later, skiing, tennis, racquetball, golf, fishing, and hunting became favorite pastimes. An ardent “Hokie” fan, he and Linda enjoyed traveling to games in Blacksburg, with priority always given to the annual Corps weekend spent at VT with their “M Company family.”  Travel was a true passion for Bill with trips to Hawaii, Italy, the Panama Canal, Alaska and cruises to the Caribbean and Mediterranean as highlights, but nothing was more important than the annual family beach trip to Kiawah Island.

The family wishes to thank the many doctors and nurses, who have been so instrumental in Bill’s care, the staff at Lakewood Manor, and most especially nurse and caregiver, Shedine and her contacts(for their love and devotion to Bill.