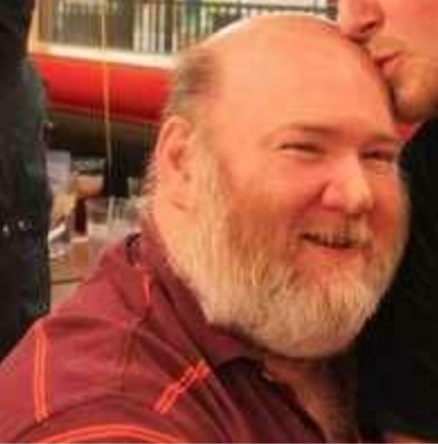 William Norman Pearson (Billy), Age 51. Billy passed from this life on March 20th, 2017. After a brief stay in the hospital he passed peacefully with his family at his side. He was preceded in death by his parents George A. Pearson and Bessie Jane (Epperly) Pearson. He is survived by two sons Bryan George Pearson (age 24) and Shawn Robert Pearson (age 19). Billy was previously married to Rita S. Pearson.

Billy was raised in the Bon Air area of Richmond, VA. His parents were co-founding members of Huguenot Road Baptist Church. In recent years he owned a home in Amelia, VA. He was a graduate of Huguenot High School where his passion was football and wrestling. He attended Ferrum College for a few years on a football scholarship.
Billy loved his football and was very passionate about it. He liked The Miami Dolphins and Virginia Tech Hokies. He was always proud to attend a Hokies game, especially with his father. He was a card player and really enjoyed the friendships that lasted for years gathered around the card table. He worked for many earlier years at Quebecor and ran a printing press and always liked working the night shift. Billy was a jokester and could dish it out as well as take it. But if you needed a true friend, who would always be there when you need them, he was your guy. Billy maintained close contact with several friends he knew since he was 10 and treasured those friendships. In his last days he cherished life-long friends visiting him, caring for him, playing him his favorite
songs and sharing special memories. You know who you are!

We will have a Celebration of Life get together on Sat. May 6th from 2:00 till 5:00
Hanover Wayside Park, Shelter #1, 8225 Hanover Wayside Rd. Hanover, VA 23069
(on Rt. 301, South of Hanover Courthouse) Please bring a dish or dessert to share. Also bring your lawn chair, Frisbee, and favorite “Billy” story. The shelter also has electricity and outdoor grills. No alcohol, dogs must be on a leash.

“For His anger is but for a moment. His favor is for life: Weeping may endure for a night
but JOY comes in the morning”. — Psalm 30:5